Today, I want to share candid thoughts about an issue which for decades has animated the foreign policy dialogue here and around the world – the Israeli-Palestinian conflict.


Throughout his Administration, President Obama has been deeply committed to Israel and its security, and that commitment has guided his pursuit of peace in the Middle East. This is an issue which, all of you know, I have worked on intensively during my time as Secretary of State for one simple reason: because the two-state solution is the only way to achieve a just and lasting peace between Israelis and Palestinians. It is the only way to ensure Israel’s future as a Jewish and democratic state, living in peace and security with its neighbors. It is the only way to ensure a future of freedom and dignity for the Palestinian people. And it is an important way of advancing United States interests in the region.

Now, I’d like to explain why that future is now in jeopardy, and provide some context for why we could not, in good conscience, stand in the way of a resolution at the United Nations that makes clear that both sides must act now to preserve the possibility of peace.

I’m also here to share my conviction that there is still a way forward if the responsible parties are willing to act. And I want to share practical suggestions for how to preserve and advance the prospects for the just and lasting peace that both sides deserve.

So it is vital that we have an honest, clear-eyed conversation about the uncomfortable truths and difficult choices, because the alternative that is fast becoming the reality on the ground is in nobody’s interest – not the Israelis, not the Palestinians, not the region – and not the United States.

Now, I want to stress that there is an important point here: My job, above all, is to defend the United States of America – to stand up for and defend our values and our interests in the world. And if we were to stand idly by and know that in doing so we are allowing a dangerous dynamic to take hold which promises greater conflict and instability to a region in which we have vital interests, we would be derelict in our own responsibilities.

Regrettably, some seem to believe that the U.S. friendship means the U.S. must accept any policy, regardless of our own interests, our own positions, our own words, our own principles – even after urging again and again that the policy must change. Friends need to tell each other the hard truths, and friendships require mutual respect.

Israel’s permanent representative to the United Nations, who does not support a two-state solution, said after the vote last week, quote, “It was to be expected that Israel’s greatest ally would act in accordance with the values that we share,” and veto this resolution. I am compelled to respond today that the United States did, in fact, vote in accordance with our values, just as previous U.S. administrations have done at the Security Council before us.

They fail to recognize that this friend, the United States of America, that has done more to support Israel than any other country, this friend that has blocked countless efforts to delegitimize Israel, cannot be true to our own values – or even the stated democratic values of Israel – and we cannot properly defend and protect Israel if we allow a viable two-state solution to be destroyed before our own eyes.

And that’s the bottom line: the vote in the United Nations was about preserving the two-state solution. That’s what we were standing up for: Israel’s future as a Jewish and democratic state, living side by side in peace and security with its neighbors. That’s what we are trying to preserve for our sake and for theirs.

In fact, this Administration has been Israel’s greatest friend and supporter, with an absolutely unwavering commitment to advancing Israel’s security and protecting its legitimacy.

On this point, I want to be very clear: No American administration has done more for Israel’s security than Barack Obama’s. The Israeli prime minister himself has noted our, quote, “unprecedented” military and intelligence cooperation. Our military exercises are more advanced than ever. Our assistance for Iron Dome has saved countless Israeli lives. We have consistently supported Israel’s right to defend itself, by itself, including during actions in Gaza that sparked great controversy.

Time and again we have demonstrated that we have Israel’s back. We have strongly opposed boycotts, divestment campaigns, and sanctions targeting Israel in international fora, whenever and wherever its legitimacy was attacked, and we have fought for its inclusion across the UN system. In the midst of our own financial crisis and budget deficits, we repeatedly increased funding to support Israel. In fact, more than one-half of our entire global Foreign Military Financing goes to Israel. And this fall, we concluded an historic $38 billion memorandum of understanding that exceeds any military assistance package the United States has provided to any country, at any time, and that will invest in cutting-edge missile defense and sustain Israel’s qualitative military edge for years to come. That’s the measure of our support.

This commitment to Israel’s security is actually very personal for me. On my first trip to Israel as a young senator in 1986, I was captivated by a special country, one that I immediately admired and soon grew to love. Over the years, like so many others who are drawn to this extraordinary place, I have climbed Masada, swum in the Dead Sea, driven from one Biblical city to another. I’ve also seen the dark side of Hizballah’s rocket storage facilities just across the border in Lebanon, walked through exhibits of the hell of the Holocaust at Yad Vashem, stood on the Golan Heights, and piloted an Israeli jet over the tiny airspace of Israel, which would make anyone understand the importance of security to Israelis. Out of those experiences came a steadfast commitment to Israel’s security that has never wavered for a single minute in my 28 years in the Senate or my four years as Secretary.

I have also often visited West Bank communities, where I met Palestinians struggling for basic freedom and dignity amidst the occupation, passed by military checkpoints that can make even the most routine daily trips to work or school an ordeal, and heard from business leaders who could not get the permits that they needed to get their products to the market and families who have struggled to secure permission just to travel for needed medical care.

And I have witnessed firsthand the ravages of a conflict that has gone on for far too long. I’ve seen Israeli children in Sderot whose playgrounds had been hit by Katyusha rockets. I’ve visited shelters next to schools in Kiryat Shmona that kids had 15 seconds to get to after a warning siren went off. I’ve also seen the devastation of war in the Gaza Strip, where Palestinian girls in Izbet Abed Rabo played in the rubble of a bombed-out building. 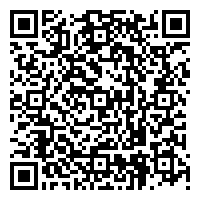