Prime Minister Benjamin Netanyahu on Wednesday delivered a powerful message about the need to put on a face mask, by putting one on the bust of Theodor Herzl in his office.

“I came to the conclusion that I should recruit the best presenter the Jewish people had in the new era,” Netanyahu explained, proving that his sense of humor is intact – not a small matter these days.


Known as the Visionary of the Jewish State, Herzl, author of Der Judenstaat (The State of the Jews) in 1895, and Altneuland (The Old New Land) in 1902, died of cardiac sclerosis on July 3, 1904, meaning his yahrzeit was less than two weeks ago.

A day before his death, in a small village in Lower Austria, Herzl told the Reverend William H. Hechler: “Greet Palestine for me. I gave my heart’s blood for my people.”

He would have put on a face mask, for sure. 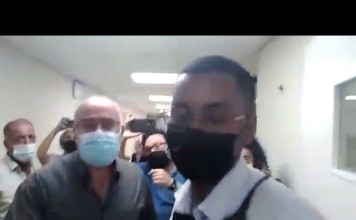