Four other Arabs with Israeli citizenship, murdered three soldiers in 1991, and another showed his love for the country by throwing a grenade in a street in Haifa. Yet another’s loyalty was expressed by murdering another soldier in 1985.

All of these Israelis, instead of being sentenced to death, are serving time in jail.

They are Israelis, but the Palestinian Authority chairman Mahmoud Abbas has demanded that Israel free them, and nearly 100 others who have committed equally grisly crimes.

If Prime Minister Binyamin Netanyahu does not surrender, Abbas will deliver a painful blow by refusing  to allow his aides to sit down with Israeli officials to satisfy U.S. Secretary of State John Kerry’s dream of renewing direct talks.

Netanyahu appealed to the public Saturday to understand how difficult it is to be Prime Minister.

“It is painful to the Israeli people and it is very painful to me,” he wrote. “It clashes with the value of justice. It is an obvious injustice that criminals, even if most of them spent more than 20 years in prison, be released before they finish serving their sentence.”

Anyone living in a country where justice is a basic value would stop right there.

“The best answer we give to those murderers is that in the years that they have spent in prison we have built a beautiful country,” he wrote.

Okay, that makes sense, now what?

“Every now and then prime ministers need to take decisions that fly in the face of public opinion — for the good of the country.”

Okay. That also makes sense, but what does that have to do with freeing terrorists who, some of whom, based on every experience in the past, are going to be involved in more deaths of Israelis?

Netanyahu explained that freeing terrorists has nothing to do with justice, public opinion or even the immediate safety of citizens.

“Over the next nine months we will come to see whether there is a Palestinian partner who desires the end of the conflict as much as we do. The conflict’s resolution can only be achieved if we are guaranteed security for Israel’s citizens and the protection of our vital national interests.”

The solution is guaranteeing Israel’s security.

And how do we do that?

We free terrorists, Israelis and non-Israelis. After all, they committed their crimes before the Palestinian Authority promised to stop incitement and even signed on the dotted line on the Oslo Accords.

True, the Palestinian Authority not only has not stopped incitement but also has accelerated it.

True, hundreds of Israelis have been murdered by terrorists freed in the past.

But there is a greater truth: The Obama administration is in charge, and if Abbas threatens there will be no direct talks if terrorists are not freed, Israel must cooperate.

That is why, if the Israel security Cabinet  agrees, Palestinian Authority Arab Issa Abed Rabo, convicted of the murder of Revital Seri and Ron Levy near the Cremisan Valley in October 1984, will be a free man.

The detailed list of the 103, some say 104, terrorists to be released will be published Sunday, but here is partial list, enough to make the most soft-hearted bleeding heart cringe with disgust:

The list goes on and on. The victims of the terrorists who are set to be released include a Holocaust survivor and a man who committed the crime of helping the Arab economy by shopping in a village near Jenin. The terrorists include those who were minors at the time, meaning that if they are released, they still have many years ahead in which they can make the choice between trying to become normal human beings or returning to their life of terror.

Based on the past, guess which path they are more likely to choose?

But there is no need to worry, says Prime Minister Netanyahu: “The security of Israeli citizens and our vital national interests will be ensured.”

If you don’t believe him, just ask John Kerry.

He already phoned  Abbas on Friday to tell him that Chelm – uh, Israel – will agree to his demands. Abbas told journalists,  “Follow the Israeli media on Sunday and you will hear good news on the prisoners.”

Unlike previous releases terrorists, the Cabinet is likely to give Netanyahu a hard time.

Avigdor Liberman, leader of the Yisrael Beiteinu faction of the Likud, has freedom to vote as they please, and most of them will vote against Netanyahu or abstain.

Danny Danon of the Likud, Deputy Defense Minister Danny Danon, urged his colleagues to vote against what he called “the lunacy of releasing dozens of terrorists who have the blood of hundreds of Israelis on their hands. The release is a prize for the Palestinians, just for their being willing to sit with us at the negotiating table.” 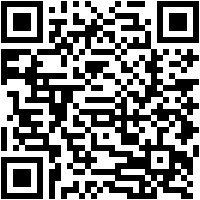