The administrator of one of Fatah’s official Facebook pages recently posted a picture glorifying Palestinian female terrorists and the Palestinian woman, defining her as the “[female] master of the world, according to Palestinian Media Watch (PMW), which translated and published the blatant incitement.

The Facebook posting in June flies in the face of constant statements by the Obama administration, including the president himself, that  chairman Mahmoud Abbas has lived up to its commitment to stop incitement against Israel and Jews.


The Facebook posting praises the women terrorists and states that each one “gave herself only as a Martyr.”

Dalal Mughrabi led the most lethal terror attack in Israel’s history in 1978, when she and other terrorists hijacked a bus and killed 37 civilians, 12 of them children.

Ayyat Al-Akhras, at age 17, was the youngest female Palestinian suicide bomber. She killed 2 Israelis and injured 28 in a suicide bombing near a Jerusalem supermarket on March 29, 2002.

Laila Khaled was a PFLP terrorist who participated in the hijacking of TWA flight 840 in 1969.

The terrorists are pictured with a rifle, a pistol and wearing an ammunition belt, respectively. Palestinian Media Watch has reported that Fatah regularly uses its Facebook page to glorify terrorists.

The text on the picture with the three terrorists praises each one as the female “master of the world.” It adds, “Men should be humbled in her presence and the moon should hide. I bow my head and kiss the hand of every Palestinian woman.”

It describes how – contrary to the world’s other women who the text claims do not care about their homeland, give in to conquerors, and even entertain them – Palestinian women are worthy of admiration and praise for becoming “Martyrs.” Two of the terrorists pictured became “Martyrs” during their terror attacks:

“Except for you, oh mother of purity, honor and modesty.

For you gave yourself only as a Martyr (Shahida);

Except for you, oh olive branch, oh tree of nobility, oh wellspring of honor.

The hardships exhausted you and the pickaxes fell on you,

but you were not exhausted and you did not break.

For you are the Palestinian woman who gave herself only as a Martyr.”

This past January, female terrorists were also presented on official; Palestinian Authority television as role models and heroes for Palestinian women by the coordinator of the Palestinian universities’ Fatah sorority committee called “Sisters of Dalal,” Ayyat Salah Al-Din:

“When we speak of the ‘Sisters of Dalal,’ we’re talking about a prisoner’s sister, a Martyr’s (Shahid) widow, or the Palestinian fighter’s daughter in general. You’re talking about the successors of Martyr Dalal Mughrabi, and the successors of Martyrdom-seekers (i.e., suicide terrorists) like Wafa Idris, Ayyat Al-Akhras, Andalib Takatka, and many others.”

As previously reported, The PA-run city of Bethlehem last January glorified “the district’s female Martyrs” during a public ceremony in which the terrorists’ were honored, including the families of the two female suicide bombers Ayyat Al-Akhras and Andalib Takatka.

At the ceremony, Bethlehem Mayor Vera Baboun stated that “the existence of female Palestinian Martyrs is very significant to the role of the woman in all areas of life,” according to the official PA daily, PMW reported.

The Al-Hayat Al-Jadida newspaper told its readers,  “District Governor Abd Al-Fattah Hamayel said, ‘The Martyrs’ victory began to become real with the declaration of Palestinian statehood, in spite of all attempts to erase the Palestinian identity.’ … At the end of the ceremony, the families of the female Martyrs were honored, among them: … [the families of] Ayyat Al-Akhras… and Andalib Khalil Muhammad Suleiman (Andalib Takatka).”

Now that  U.S. Secretary of State John Kerry has forced Israel and the Palestinian Authority to resume direct talks, it is probable that the PA will  tone down the incitement, but only until the talks get to the point where Abbas does not get what he wants. 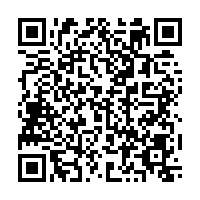