The acting leader of the Palestinian Authority, Mahmoud Abbas, has awarded the Star of Honor to the arch terrorist known as Abu Jihad, as reported by Palestinian Media Watch on Dec. 11. The PA isn’t the only Palestinian Arab institution to honor this mass murderer. So does the former partner of Brandeis University: Al-Quds University.

Abu Jihad, whose nom not de guerre was Khalil Al-Wazir, was responsible for the murder of 124 Israelis. He was  a co-founder of Fatah, he was its military strategist and he was the second-in-command to Yassir Arafat. Abu-Jihad helped form the Shabibah – the Fatah Youth Movement. The Shabibah formed the nucleus for the first “intifada.”

It was not only the number of Israelis Abu-Jihad murdered that makes him so special to the Palestinian Arab leaders. Abu-Jihad also was responsible for the torture and murder of two American diplomats in Khartoum, in 1973.

He was part of the team that kidnapped, tortured and then murdered two American diplomats, U.S. Ambassador Cleo Noel and Charge d’Affaires George Curtis Moore, in Khartoum, Sudan, in 1973.

Those diplomats were kidnapped in order to force a trade in which the U.S. would release prisoner Sirhan Sirhan, the Palestinian Arab who murdered American Senator Robert F. Kennedy in 1968. The deal went bad and the diplomats were murdered.

In the ceremony marking the posthumous awarding of the Star of Honor to Abu Jihad, Abbas signed a decree describing the esteem in which Abu Jihad, mass murderer of athletes, children, and American diplomats:

in recognition of his honorable national role and his history of struggle as one of the founding leaders of the Palestinian revolution, and out of great appreciation for his high position and significance in the defense of Palestine as a country, a nation, and a cause. He was the model of a true fighter and devoted leader [and] through his commitment and contribution he left his mark on the history of the Palestinian revolution and the PLO.

But the honorifics bestowed on Abu Jihad’s widow and the glorification of his murderous past is not limited to the Palestinian Arab leader Abbas.

The Palestinian Arab university, Al-Quds, the one from which Brandeis University recently severed its ties, also glorifies the mass murderer Abu Jihad.  It is at Al-Quds University that the Abu Jihad Museum, originally known as the Al-Quds Abu-Jihad Center for Political Prisoners, is located.

Arab Palestinian political prisoners, of course, are those terrorists who have been caught. The official university website explained that the Center is named for Khalel Al-Wazir. His nickname, Abu-Jihad, means “father of the holy war.”

Abu Jihad is honored by al-Quds University in the way Brandeis honors the scholars and philanthropists whose names grace buildings and research centers on its campus.

But you’d never know this based on the Al-Quds Brandeis Partnership Report authored by several Brandeis faculty members, including Daniel Terris, and released on Monday, Dec. 9.  That report does its best to exonerate Al-Quds University president Sari Nusseibeh in particular, and the university in general.

The Report whitewashes the Nov. 5 demonstration at which Al-Quds students trampled on pictures of the Israeli flag while attired in full military regalia, and sang songs extolling the beauty of martyrdom, and ignores the fact that this demonstration was almost an exact replica of one that took place in the spring, on May 10, as shown in this YouTube video. The excuses offered for the fall demonstration ring particularly hollow given it had already happened before.  And it is just plain hard to ignore the many other ways in which terrorism is glorified at Al-Quds. But the Terris Report manages that feat.

The Terris Report, astonishingly, pooh-poohs the language used by Nusseibeh in his public response to the Nov. 5 demonstration, in which he begins by blaming “Jewish extremists” for inciting criticism against his university. It was that language that Brandeis President Fred Lawrence described as “unacceptable and inflammatory,” and which led to the disruption in the Al-Quds-Brandeis relationship.

We recognize that abhorrent speech events happen on all college campuses, including our own, but these events do not at all speak for the university as a whole; and that universities are charged with the challenge of education students for a civil society in which such acts will not recur. It is thus crucial to exploit such student events as opportunities involving heightened attention to the salience of the values of tolerance rather than as occasions for rupturing a longstanding institutional relationship.

Not surprisingly, there is no mention anywhere in the Terris Report of the longstanding honors paid to Arab mass terrorists at Al-Quds University, in particular the murderers of children, athletes, diplomats or American teenagers.

That would probably require too much courage. 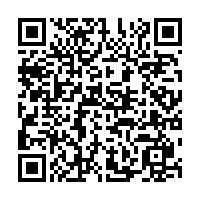