Al-Quds students or supporters had paraded in the Al-Quds courtyard in paramilitary gear, raising the Nazi salute and trampling on drawings of Israeli flags.


It must have been particularly painful for an academic like Lawrence to find himself forced to stand on the precipice straddling “two of our most cherished values – values that appear to be in conflict: a robust respect for free expression and a culture that values civility, decency, and dignity.”

Most Brandeis students with whom The Jewish Press spoke, were glad that President Lawrence suspended the relationship.  In fact, most were not even aware that there was any relationship between the two institutions.  It was the media firestorm about the Nazi-like parade that ignited the concern.

HAD AL-QUDS PREVIOUSLY BEEN A PEACE-LOVING SISTER UNIVERSITY?

But there have been not just red flags, but flashing lights and sonic booms that should have alerted the willfully  blind administration of Brandeis University from the get-go that Al-Quds was not brimming over with desire to be besties with an American university with vaguely Jewish ties.

For example, in April of 2006, a huge poster was hung in one of the al Quds buildings to honor Sami Salim Hammad, a former Al-Quds student, who blew himself up in Tel Aviv, killing 11 people – including an American teenager – and ending his own life.

And Al-Quds is home to the Abu Jihad Museum. The museum is named for Khalil Al-Wazir, whose “nom de guerre,” abu Jihad, means “father of the holy war.”

Abu Jihad is linked to several of the most horrific incidents of Jewish terror in modern memory, including the Munich Olympics (11 murdered) and the Coastal Road Massacre (38 dead, including 13 children).

Abu Jihad’s bloodlust was not limited to Israelis. He was part of the team that kidnapped, tortured and then murdered two American diplomats, U.S. Ambassador Cleo Noel and Charge d’Affaires George Curtis Moore, in Khartoum, Sudan, in 1973. Those diplomats were kidnapped in order to force a trade in which the U.S. would release prisoner Sirhan Sirhan, the Palestinian Arab who murdered American Senator Robert F. Kennedy in 1968.

Abu Jihad is lovingly referred to on the Al-Quds website as “the prince of the martyrs of Palestine.”

But a new Brandeis president, Fred Lawrence, finally pulled the plug after students at Al-Quds, in full black military regalia, including black flags, raised their hands in the Nazi salute, while trampling over drawings of Israeli flags. Well, actually, no, it wasn’t then that Lawrence pulled the plug, he was still willing to give al Quds the benefit of the doubt until hearing an explanation directly from Al-Quds officials.

Six days after the Al-Quds “Nazi Parade,” Lawrence wrote on his blog, Brandeis First, that he was told the Nov. 5 activities were “led from people outside the university and this was an unauthorized demonstration. The administration of Al-Quds University assures us that threat of violence implied by the demonstration are not acceptable on their campus and the University administration is conducting a full investigation.”

By Nov. 15, Lawrence came out with an unequivocal statement that, yes, free speech is important, no doubt about it, but

we may defend the right to free speech, and still be clear that some art is flawed, and that some words and actions, especially those espousing violence, are abhorrent. And we should be willing to say so.

Lawrence explained to the school community and the public that he conveyed his concerns to Al-Quds president Sari Nusseibeh, and requested that Nusseibeh issue an unequivocal condemnation of the demonstrations to be published in both Arabic and English.  And then Lawrence awaited comment from the head of his partner school.

Sunday evening, Nov. 17, the response arrived. It was not what Lawrence was expecting.  It was not a diplomatic response distancing itself from what Lawrence had described as actions “clearly expressing hatred and steeped in vitriolic anti-Semitism.”

Instead, the response turned the concerns raised by Lawrence and others who were, as Lawrence said he was, “outraged” by the demonstration, and….wait for it…the blame was placed on the Jews!

The response was written in Arabic, addressed to the students of al Quds University.  President Nusseibeh sent President Lawrence the English translation.

The statement from Al-Quds, rather than an apology or a bland distancing of itself from the demonstration, goes in the opposite direction.

The Al-Quds statement blamed “Jewish extremists” with starting “vilification campaigns” in order to discredit the reputation of the “prestigious” Al-Quds University.  It is the Al-Quds community, according to the published statement, which is subjected to “extremism and violence” and are “denied our rights under occupation.”

And if that wasn’t enough of a kick in the teeth for Brandeis, Nusseibeh also made clear what it is that he and his community find so offensive about the Nazis.  Describing the students at Al-Quds on Nov. 5 as having engaged in a “mock military display,” Nusseibeh again seized the victim card:

These occurrences allow some people to capitalize on events in ways that misrepresent the university as promoting inhumane, anti-Semitic, fascist and Nazi ideologies.  Without these ideologies, there would not have been the massacre of the Jewish people in Europe; without the massacre, there would not have been the enduring Palestinian catastrophe.

Ah, yes, Nazism was a blight on world history because, and only because it caused what the Palestinian Arabs call “al Nakba,” the “catastrophe”: the re-birth of Israel.

Nusseibeh rails on as if he were addressing the United Nations about some alleged effort by the state of Israel to humiliate Arabs, steal their lands, and keep them under subjugation, rather than discussing the request by an American university president to explain outrageous anti-Semitic acts on the campus of a sister university:

As occurred recently, these opportunists [the Jewish extremists] are quick to describe the Palestinians as a people undeserving of freedom and independence, and as a people who must be kept under coercive control and occupation.  They cite these events as evidence justifying their efforts to muster broad Jewish and western opinion to support their position. This public opinion, in turn, sustains the occupation, the extension of the settlements and the confiscation of land, and prevents Palestinians from achieving our freedom.

BRANDEIS BREAKS IT OFF

Even for a school that held on to a relationship with a Palestinian Arab university steeped in homicidal hatred for Jews and the Jewish state, this went too far.

Giving him due credit, Lawrence did not mince words.

Unfortunately, the Al-Quds statement is unacceptable and inflammatory. While Brandeis has an unwavering commitment to open dialogue on difficult issues, we are also obliged to recognize intolerance when we see it, and we cannot – and will not – turn a blind eye to intolerance. As a result, Brandeis is suspending its partnership with Al-Quds University effective immediately.

“The decision to sever the relationship between Brandeis and Al-Quds is long overdue,” Brandeis sophomore Dor Cohen told The Jewish Press late Monday evening. “Refusing to condemn the Nazi-esque parade is completely contrary to the ideals our academic institutions are founded upon.”

Cohen commended Lawrence on his swift action, although the politics major said he believed the relationship between the two universities was “highly incomprehensible” to begin with.

“Until the statement was issued, we had no idea whether the Al-Quds administration backed the students, but for them to call what happened a ‘smear campaign by Jewish extremists’ is very telling,” Abramowitz said.  The business major was very appreciative of the action taken by Lawrence.  He just wished that a forceful denunciation of the Nov. 5 activities had come sooner. “He should have come out immediately and said: ‘this is not what our partnership is about.'”

Still, Abramowitz had only good things to say about Lawrence as president of the school. “President Lawrence has a great presence on campus, he comes to services, he invites students to his home for dinners, he goes to games.”

Abramowitz was also glad that the school refused to continue its relationship with Al-Quds, given the demonstration and the Nusseibeh’s statement. “People have begun to think that Brandeis represents that mentality of liberalism that tolerates abuse of Israel.  Most students are either positive to very positive in their feelings about Israel.” 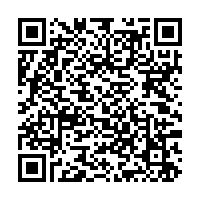