In 2012 the Jewish Press reported on the successful lawsuit against the Muslim owner of a swanky Santa Monica hotel who, while exclaiming, “Get the [expletive deleted] Jews out of my pool,” had her employees do just that.  The plaintiffs had been at the hotel at a fundraiser they hosted for a pro-Israel organization, the Friends of the Israel Defense Forces (FIDF).

The jury found the hotel and its owner, Tehmina Adaya, had committed “particularly reprehensible” acts of discrimination against the plaintiffs, and specifically, that Adaya had acted with “malice, oppression and fraud,” slapping her with punitive damages.


When word got out about what Adaya had done to the FIDF volunteers, members of  the Los Angeles office of the ZOA planned a protest in front of the hotel.  Adaya met that public relations protest by sending an underling to promise the activists she would host an event for them at her expense within a year in exchange for cancelling the protest.  They accepted the offer and called off the protest.

When the trial ended and the jury returned its verdict finding that Adaya had discriminated against Jews, she and the ZOA group issued their agreed-upon statements.  In hers, Adaya said she was opposed to anti-Semitism.  Adaya also claimed she had not done any of the things she had been accused of, or had been found liable for.  The ZOA LA statement included, “we believe that her statement exhibits the Jewish value of teshuva, repentance.”

Adaya is still working with a bifurcated plan: on the legal front, she has appealed the ruling by the jury that she committed particularly reprehensible acts of discrimination against Jews, and at the same time, she is footing the bill for an event which is now a fundraiser for the new organization of the former ZOA director, Orit Arfa (Arfa was fired by the ZOA in the fall).  Strikingly, that event is headlining two of the world’s most renown and controversial anti-Jihadi activists, Pamela Geller of Atlas Shrugs.com, and Robert Spencer, of Jihadwatch.com.

Geller garnered a great deal of attention over the past several months by running a series of ads in New York City, San Francisco, and Washington, D.C. transit systems which state: “In any war between the civilized man and the savage, choose civilized man.  Support Israel. Defeat Jihad.” Muslim groups such as Council on American-Islamic Relations, Islamic Society of North America, Muslim Public Affairs Council and others were outraged and pushed back hard.  In September, Mona Eltahawy, an Egyptian-American activist, was arrested for vandalizing one of Geller’s posters in New York.

When asked how she felt about being hosted by someone who had engaged in such reprehensible acts of discrimination against Jews, Geller told the Jewish Press,

“The public renunciation by Adaya of one of the most egregious and monstrous acts of anti-Semitism in modern times is something to celebrate.  She is underwriting the cost of a gala costume ball honoring two of America’s leading critics of Islamic anti-Semitism, and at a Purim event, perhaps this is Haman avenged!  ‘Cause it’s the same hate, different era.”

First, despite what the ZOA director wrote at the time, there was no teshuva by Adaya – she is still claiming not to have done anything wrong and everyone knows the steps for teshuva are first, acknowledgement that one acted wrongly, and second, apologizing to the one wronged.  To this day Adaya and her hotel have not apologized to the plaintiffs.  But second, given that the FIDF was the wronged party, why isn’t Adaya having a fundraiser for the FIDF?  Instead, the Purim Gala is to help promote a new organization created by the former ZOA employee who falsely claimed Adaya had done teshuva.

There are other ways to divine the sincerity of Adaya’s gesture.  Court papers filed by her new attorneys on January 7, offered several reasons to justify Adaya being given a new trial.  Much emphasis was placed on the “fact” that one of the jurors hid that she was Jewish.  According to the filed papers, Adaya is claiming that one of the jurors “failed to disclose her religious background, Jewish,” during the jury selection process.  Two problems with that: there’s no legal bar to a Jewish juror sitting on a case about anti-Semitic discrimination, and Adaya’s lawyers never asked the juror whether she was Jewish during the jury selection process. 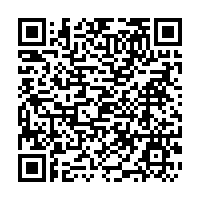