After five days of deliberation, a Santa Monica jury announced on Wednesday that Shangri-La Hotel owner Tamie Adaya committed anti-Semitic discrimination when she uttered her now-famous cry, “Get the [expletive] Jews out of my pool!”

The jury found for the plaintiffs on multiple acts of intentional infliction of emotional distress, negligence, malice, fraud and oppression, and violations of the California Civil Rights Act.


The 18 individual plaintiffs and one corporate plaintiff were awarded $1.2 million in compensatory damages, but the final amount Adaya and her company will owe is expected to go much higher, because the individual plaintiffs are entitled to punitive damages on many of the counts.  In addition, attorney James Turken is entitled to collect attorney’s fees from the defendant under the Unruh Act – California’s Civil Rights Act, which specifically outlaws discrimination based on age, sex, race, color, religion, ancestry, national origin, disability, medical condition, marital status, or sexual orientation.

Turken was quite emotional after the verdicts were read Wednesday evening.  He had just been through two of the most draining experiences of his life.  For one thing, Turken is a corporate defense litigator, and so to him this civil rights case, especially representing plaintiffs, was largely unfamiliar territory.  He took on the case, he told the Jewish Press, because when he learned the facts he became “outraged,” and because he was also “incredibly impressed” with the plaintiffs.

On Friday, when the case went to the jury for consideration, Turken went to the home of his younger brother.  He then sat by his side as Dr. David Turken was succumbing to defeat in his years-long battle with Leukemia.  Jim Turken said that his brother had been following the lawsuit closely, despite his dwindling strength.  Even at the very end, when David was drifting in and out of consciousness, he kept asking his brother whether the jury had come back yet.

Turken could not say enough good things about his clients, the plaintiffs.  He praised them on multiple occasions as “the very best we have to offer, these are young people trying to make a difference, who volunteer for all kinds of charities.”  He told The Jewish Press that “as a Jew, I took this case very personally, but the plaintiffs made it a pleasure – I was honored to represent them.”

Ari Ryan, the lead plaintiff in the case, explained why he felt it was so important to persevere through the long, tortuous legal proceeding. Ryan was one of the organizers of the Friends of the IDF event at the Shangri-La Hotel, and as the events unfolded, as the Jews with wristbands were being herded out of the pool, “the gravity of the situation weighed heavily on me.”  He said, “evil succeeds if good men and women don’t stand up and do what is right.”

Well, the Shangri-la plaintiffs did what was right, and in the end, their conviction and hard work were validated.

Tamie Adaya was not in the court room when the verdicts were read, but she is required to be present during the punitive damages phase which starts on Thursday. 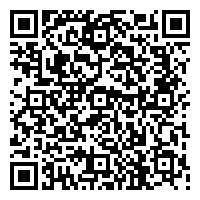