Pamela Geller, conservative commentator and blogger provocateur, is the executive director of the American Freeedom Defense Initiative.  AFDI created and paid for an ad campaign to run in several urban transit systems, in response to anti-Israel ads that ran in the same spaces.

The AFDI ads contain a paraphrase from the philosopher Ayn Rand: “In any war between the civilized man and the savage, support the civilized man.”  It concludes with: “Support Israel.  Defeat Jihad.”

The ads are already running on the sides of San Francisco buses, they began running today, September 24th, in New York City, and they were scheduled to begin appearing in the Washington, D.C. metro system.  However, the DC system balked, citing the violent rioting by Muslims allegedly inflamed by a YouTube video which presents an unflattering view of Mohammad, so Geller initiated an emergency court action at the end of last week to enforce her First Amendment rights.

Because there is so much misinformation both about Geller and her ad, The Jewish Press asked her to explain what her ad means, why it is scheduled to run this week, what the responses to it have been and, most importantly, why she continues to express her views so publicly, when she is repeatedly condemned by virtually the entire spectrum of mainstream media and even by other Jewish and pro-Israel groups.

First, let’s get the chronology and the geography straight.

In late 2010, in Seattle, Washington, anti-Israel groups sought to run advertisements on the side of municipal buses reading: “Israeli War Crimes: Your tax dollars at work. Stop30billion-Seattle.org.”  Just before the anti-Israel ads were about to go up, the county executive crafted a new policy banning all non-commercial advertisements.  The new policy enabled the municipality to reject not only the anti-Israel ad, but also two counter-ads that had been submitted, one of which was one proposed by Geller, the other one offered by the David Horowitz Freedom Center.

Last September, another series of anti-Israel ads went up in various transit systems including the one in New York City.  This ad shows two smiling dads – one Israeli, one “Palestinian,” with their young daughters.  The ad copy: “Be on our side.  We’re on the side of peace and Justice.  End U.S. military aid to Israel.” In other words, American tax dollars is being used to support Israeli militancy and injustice.  These ads ran in 18 NYC subway stops for a month, in Manhattan, Brooklyn, Queens and the Bronx.

That same month, Geller’s organization, AFDI, submitted the anti-Jihad ad.  The MTA refused to run it, claiming the ad violated its advertising standards because it “demeans[s] an individual or group of individuals.”  AFDI claimed that rejection violated the U.S. Constitution. On September 227, 2011, AFDI, Pamela Geller, and AFDI’s  associate director, Robert Spencer, filed suit against the MTA claiming that the transit agency’s no-demeaning standard constitutes “viewpoint discrimination” and is unconstitutional and therefore the MTA’s rejection of AFDI’s ad unlawfully restricted their free speech.

On July 20, 2012, Judge Englemayer, the federal district court judge in New York before whom the matter was heard, ruled that the MTA’s  prohibition on “demeaning” language is unconstitutional and the ad must run.  Significantly, the court ruled that

the AFDI Ad is not only protected speech—it is core political speech. The Ad expresses AFDI’s pro-Israel perspective on the Israeli/Palestinian conflict in the Middle East, and implicitly calls for a pro-Israel U.S. foreign policy with regard to that conflict. The AFDI Ad is, further, a form of response to political ads on the same subject that have appeared in the same space.   As such, the AFDI Ad is afforded the highest level of protection under the First Amendment.

While AFDI was the victor in the case, Judge Engelmayer threw more than a few crumbs to the ad’s opponents.

For example, there was a fundamental disagreement over the use of the term “savage” – Geller claims it refers only to those committing acts of barbarism against innocent victims in the name of Islam.  Judge Englemayer, however, held that a reasonable person could conclude the term referred simply to Muslims.

What’s more, the judge practically wrote a recipe for the MTA to follow for rewriting its advertising policy so that a ban on an ad like AFDI’s could, in the future be upheld by a court. 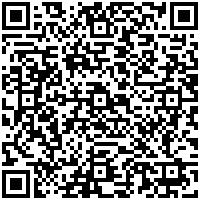