CIA agents have captured Bin Laden’s son-in-law and former spokesman who helped plot the 9/11 terrorist attacks, and he is to face charges of terror in a New York court on Friday, according to official sources who remained anonymous.

Senior Al Qaeda terrorist Sulaiman Abu Ghaith could have been facing indictments a month ago when Turkish authorities, acting on a CIA tip, took him into custody at a luxury hotel in Ankara. He had arrived in Turkey from Iran.


Instead of honoring an American request to extradite him, Turkey deported Abu Ghaith to Jordan on March 1 with the intention of sending him back to Kuwait, where he has been stripped of nationality. However, CIA agents caught up with him in Jordan, according to the Turkish newspaper Hurriyet.

Turkish media claimed that he was not extradited because he did commit a crime on Turkish soil and that Al Qaeda may target Turkey if he were to be sent to the United States.

Turkish  media claimed Abu Ghaith was freed by an Ankara court because he did not commit any crime on Turkish soil and that Turkey had hesitated to extradite him to the United States because it feared it could become a target of Al-Qaeda.

New York Republican Congressman Peter King, former chairman of House Homeland Security Committee, confirmed to the Associated Press Thursday that Abu Ghaith was arrested a second time, this time by the CIA, and taken to the United States.

Calling the arrest it a “very significant victory” in the war on terror, King added, “Definitely, one by one, we are getting the top echelons of Al Qaeda. I give the (Obama) administration credit for this: it’s steady and it’s unrelenting and it’s very successful.”

After the 9/11 attacks, Abu Ghaith appeared alongside Bin Laden in a propaganda video and warned of more deadly attacks.

In a remarkable understatement, King was quoted by Fox News as saying, “The propaganda statements in which Abu Ghaith and his late father-in-law, Osama bin Laden, praised the terrorist attacks of September 11, 2001 are alone enough to merit the most serious punishment.”

Tom Lynch, a research fellow at the National Defense University in Washington, told Politico that Abu Ghaith was one of a small handful of senior al-Qaida leaders “capable of getting the old band back together and postured for a round of real serious international terror.”

“His capture and extradition not only allows the U.S. to hold — and perhaps try — a reputed Al Qaeda core survivor, further tarnishing the AQ core brand, but it also points to the dangers for those few remaining Al Qaeda core refugees,” he added.

Turkey’s refusal to extradite him raises serious questions about relations with Ankara, which the past three years has turned about-face on its once-friendly relationship with the West and Israel.

However, his hatred of Israel and Jews has not diminished, and only last week, at a UN forum, he compared Zionism with racism. 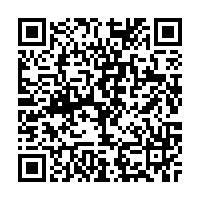