Thousands of Israeli combat soldiers are waiting for a green light from the Netanyahu government to cross into the Hamas hornet’s nest in Gaza nest to deliver a follow-up wallop to the aerial strikes to defend Israel from what could rightly be called Hamas’ “Operation Death Wish.”


As usual, Hamas is begging for international pressure and has been caught by the BBC posting pictures of dead children, victims of terror – except that many of the pictures are of victims of wars in Iraq and Syria or from Israeli maneuvers several years ago.

The Israel Air Force’s pinpoint bombings have destroyed hundreds if not thousands of rockets, and Hamas has wasted hundreds of missiles and rockets in its stockpile that is estimated at approximately 10,000.

“Gaza is slowly sinking to its doom,” IDF Chief of Staff Benny Gantz said Friday, Hamas leaders “in Gaza are understanding that they’ve made a big mistake. In four days we’ve been intelligently using our offensive means while remembering that there are civilians there that Hamas has turned into hostages.”

Hamas insistence on wildly continuing to attack Israel, as far north as Haifa, with more than 100 rockets and missiles a day, in the hopes of striking “luck” with an explosion in a crowded mall, school or residential area shows how desperate it is for a “success.’

The terrorist organization announced on Friday that a missile intercepted in central Israel was aimed at Ben Gurion Airport, where at least one incoming plane from Poland turned back after air controllers told the pilot to remain in the air for an undetermined amount of time because of the danger of flying missiles.

The international condemnation of Israel for defending its citizens, Arab and Israeli, by killing terrorists and civilians who intentionally shield them, is beginning to mount just when Hamas need it most. The United Nations on Friday suggested that the IDF’s bombings homes of senior Hamas terrorist commanders might even be a war crime since “civilians” also are hit, even though the Israeli military gave them plenty of warning to evacuate.

“In case of doubt, buildings that are ordinarily used for civilian purposes, such as homes, are presumed not to be legitimate military targets,” said U.N. Ravina Shamdasani. “Even when a home is identified as being used for military purposes, any attack must be proportionate, offer a definite military advantage in the prevailing circumstances at the time, and precautions must be taken to protect civilians.”

Or perhaps the Air Force should attack a parking lot that is smack in between apartment building such as in Ashdod, where mass casualties would have resulted had a Hamas Grad missile landed a few feet farther in either direction.

International pressure against Israel is far from what it was several days after Cast Lead and Pillar of Cloud, but it is slowly on the way although Hamas is suffering from the long belated understanding by most of the Western world at large that it does not have moral leg to stand on.

Hamas has suffered serious losses – a depleted missile stockpile, bombed terrorist infrastructure and the elimination of dozens of senior terrorist commanders. It also has cost Mahmoud Abbas’ some legitimacy as Palestinian Authority chairman because of his initial inability to stop Hamas attacks and his subsequent enthusiasm for terror, having stated this week, “One God, one homeland, one enemy, one goal” and that Hamas, Islamic Jihad and other terrorists are “brothers in arms.”

He predicted on Friday that an Israeli ground incursion is only hours away.

So long as the IAF can do the job, Israel has found no reason to endanger the lives of soldiers be sending them into Gaza, where Hamas has copied Hezbollah tactics and has prepared hundreds of tunnel, many of them underneath homes, to kidnap Israeli soldiers.

Chief of Staff Gantz said Friday, “Nothing is stopping us from moving forward. The IDF is not waiting for the last straw to go on a ground offensive; it’s waiting on political instruction.” That means he thinks Israel has enough intelligence, and has bombed out enough of the terrorist infrastructure, to keep casualties to a minimum it enters Gaza,

If combat troops enter, they will not leave unless Hamas raises the white flag or is decimated.

Hamas attacked Israel out of weakness. Elliott Abrams, Senior Fellow for Middle Eastern Studies, wrote on the Council on Foreign Relations website that lack of Iranian support for Hamas and the new Egyptian government’s disdain for the terrorist regime have left Gaza residents victims on a corrupt regime that has brought them nothing but misery.

Before the latest attacks in Operation Death Wish, Hamas faced challenges from other terrorists who did not like the idea of standing by with weapons and not including them, Abrams noted.

The missile strikes have brought Hamas a bit more attention from the Arab world but far less than it expected.

“Hamas may have reached the conclusion that it must soon…agree to a truce, but be unwilling to stop until it can point to some ‘achievement’ like hitting a major tower in downtown Tel Aviv or killing a large group of Israelis,” Abrams wrote.

So far, Hamas’s rekindling of the war with Israel can clearly be called “Operation Death Wish.” 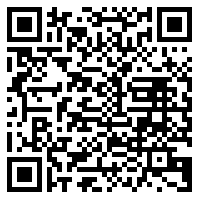