Security forces chased two of the terrorists on a motorcycle, according to a statement posted on the official Facebook page of the Egyptian military spokesperson. One was killed and the other injured in the provincial capital of El Arish, the Lebanon Daily Star reported.


A third terrorist was killed in a separate shootout with Egyptian military forces near Mount Halal, according to the Daily Star.

ISIS established a presence in Sinai a couple of years ago when the Ansar Beyt al Maqdis terrorist group, formerly linked to Al Qaeda, pledged its loyalty to Da’esh.

The group subsequently changed its name to Sinai Province when its membership in Da’esh was accepted and formalized.

Egypt and Israel have been cooperating on security operations in dealing with the terrorist threat along the Egyptian-Israeli border.

ISIS terrorists have been recruiting from among Palestinian Authority Arabs in Gaza, whose ruling Hamas terror group has been providing tactical and other support to the group in Sinai.

Operatives from related terrorist groups in Gaza have been sporadically firing rocket and mortar attacks at southern Israel over the past year, although it is not clear whether or not they are under the control of ISIS-linked Sinai Province. 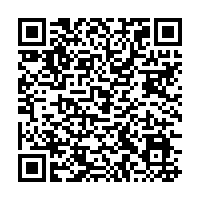