‘Khatam al Anbia,’ the construction division of the Iranian Revolutionary Guards Corps (IRGC), is about to become the wealthy magnate for a whole new corporate world in Iran.

The umbrella organization controls some 812 affiliated companies worth billions of dollars that up to this point have been sanctioned by the United States, the European Union and the United Nations as “proliferators of weapons of mass destruction.”


Sanctions against Khatam al Anbia will be lifted by the European Union eight years from now, according to Reuters, although the United States will allegedly maintain the company on its own sanctions list at that time.

The elite Quds force, which carries out overseas operations, and the IRGC Air Force and Missile command will also be de-listed in eight years, as will Bank Saderat Iran (BSI). All of these, however, will remain on the U.S. sanctions list because they have been accused of transferring funds to Hezbollah or Hamas, involvement in terrorist activities, or being “proliferators of weapons of mass destruction.”

It will make for a complex business picture; foreign corporations and those in the United States with foreign divisions will have to figure out how to conduct transactions without triggering a response from the American government.

Other companies will be immediately freed of EU sanctions on the day the deal is enacted, within the next year and will be able to “move money through global banks ,access the SWIFT financial system, obtain and extend credit,” according to mark Dubowitz, executive director of the Foundation for Defense of Democracies.

U.S. National Intelligence director James Clapper said at an Aspen Institute security forum last month, “They’ve been funded anyway, even with the sanctions regime.” However, he said, that funding was limited. “I don’t think it’ll be a huge windfall for them.” 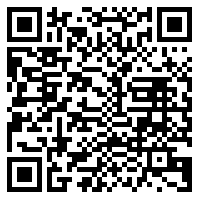