Four Israeli Border Guard Police officers were wounded late Friday afternoon in a riot that started in the Jerusalem neighborhood of Jabel Mukabar. The site is near Armon Hanatziv, where a Jewish man was murdered in a road terror rock attack earlier this week.

Two of the soldiers were shot and two others were targeted by firebombs hurled by the rioting Arabs. One of the four sustained a hand injury; two others were treated at the scene by Magen David Adom paramedics for burns. A fourth soldier was evacuated to Shaare Tzedek Medical Center in serious condition.


A number of the rioting Arabs were also wounded in the melee as security personnel worked to disperse the mob. In addition to the rocks, bottles, firebombs and firecrackers being hurled, the rioters also burned tires and trash bins in the street.

Clashes were reported at the Damascus Gate entrance to the Old City of Jerusalem earlier in the afternoon after the Friday call to Islamic prayers.

The violence comes in response to the call by Gaza’s Hamas terrorist organization for a “day of rage” in solidarity with Jerusalem Arabs who have been attacking Jewish civilians and security personnel all week.

Late Thursday night, IDF soldiers fired back at Palestinian Arab terrorists who were firebombing Israeli drivers traveling on the road between the Samaria Jewish communities of Itamar and Elon Moreh.

“Forces from the IDF’s Rotem battalion, who were performing an ambush in the vicinity, responded with accurate fire against the firebomb thrower,” said the IDF Spokesperson. “One of the terrorists was hit by the fire, and an additional terrorist was arrested following a pursuit.” 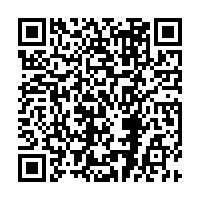