Two terrorists were eliminated in an initial strike as they were preparing to launch a rocket attack against southern Israel, according to the IDF Spokesperson.

In the first of two waves of air strikes, the air force struck nine targets, in which Hamas terrorist bases and underground launchers were hit. Several hours later, five more underground rocket launchers were destroyed in a second wave of attacks.

Overnight, a mortar shell was fired at Israel in the Golan Heights across the northern border from Syria, in what may have a “solidarity strike” with Hamas, and possibly a tentative attempt to open a second front.

Sha’ar HaNegev absorbed 10 of the attacks, forcing families to remain in their bomb shelters for the entire day. The Eshkol district was targeted with at least seven, one of which ignited a brush fire. Two missiles hit the Ashkelon coastal region, both landing in open areas.

Gaza’s Hamas terrorist rulers have escalated their attacks, and are slowly bringing out longer-range missiles. Rocket fire is beginning to give way to Grad Katyusha missiles – longer-range projectiles that reach farther, faster. Over the Sabbath, two of the missiles were launched at Be’er Sheva. One exploded in an open area; the second was intercepted by the Iron Dome anti-missile system.

Approximately 200 rockets, mortar shells and missiles have been fired at southern Israel since June 12, when three Israeli teens were kidnapped and murdered by Hamas terrorists while hitchhiking home in Judea from their yeshiva in Gush Etzion.

Prime Minister Binyamin Netanyahu issued an ultimatum to Gaza last Thursday, warning that “quiet will be met with quiet” but rocket fire would be silenced by whatever means proved necessary. Israel’s government vowed to target the Hamas leadership if the terror did not end, and Hamas leaders promptly disappeared; they simply moved into the underground bunkers they prepared for this time during the months of “quiet” they were gifted with since the last military operation.

Israel is not allowed to definitively complete its operations in Gaza due to international — and more to the point, United States — pressure. It is the U.S. which withholds military parts and other essentials as punishment when Israel is forced to defend itself from terrorism and thus threatens America’s oil supply and friendly relations with the Arab nations.

Yet the rocket fire goes on and for nearly a month now, thousands of Israelis continue to race hour after hour for the closest bomb shelter — even in the darkest hours of the night. Babies are awakened, small children must run. Pregnant mothers have no respite; working fathers are sleepless. The terror continues. 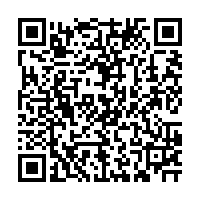