Keren Yemima Mosquera died last night in Hadassah Ein Kerem Hospital, where she had been battling for her life. Keren was injured in an attack carried out by an Arab terrorist, associated with Hamas, who drove his car into her and others at the light rail station Wednesday night. Muscara is the second person to die from the attack, after 3 month old infant Chaya Zissel Braun died shortly following being struck.

Mosquera was an Ecuadorian immigrant to Israel. She had discovered she was descended from Conversos – Jews who were forcibly converted to Christianity in Spain in the 14th and 15th centuries. This discovery prompted her to move to Israel and complete her conversion.


Keren was laid to rest on Har HaZeitim (Mount of Olives). Jerusalem Mayor Nir Barkat and the Ecuadorian ambassador to Israel were among the hundreds of people who came to the funeral.

“Keren was very, very special, very humble, and always smiling a lot”, said her friend Esther to Tazpit News Agency. “She loved Israel, loved everything she did here….I am sure the world lost an amazing girl.” 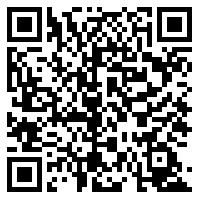