Justice Minister Tzipi Livni and Finance Minister Yair Lapid – who both have opposed Prime Minister Binyamin Netanyahu on past issues regarding Judea and Samaria – again warned him late Sunday night over his cancellation of a de facto freeze on Jewish building there.

The two senior cabinet ministers told Netanyahu following a Channel 2 report about his approval of projects to build several new roads and some 2,000 housing units in already-existing settlement blocs that the move would exacerbate already-strained ties with the U.S.


“Plans for more construction, even if it’s in the settlement blocs, under such sensitive circumstances that we find ourselves in, is irresponsible from both a diplomatic and security standpoint,” Livni warned. “The fear of publicly acknowledging that there is a construction freeze outside of the settlement blocs will lead to damage to the bloc themselves.”

Lapid also spoke of his fears that the move would further inflame already hot tempers at the White House and State Department. The finance minister said any construction in Judea and Samaria would lead to a “serious crisis in ties with the United States, and it would harm Israel’s international standing.”

He added that while in principle he is not opposed to construction inside the settlement blocs, “at this stage it will cause damage to Israel.”

The Obama Administration has drawn closer to Iran and Gaza’s ruling Hamas terrorists despite Israel’s efforts to maintain stable relations with the United States and despite the de facto building freeze that residents of those areas have endured for months.

Such a building freeze means that residents living in Judea and Samaria cannot even repair a road or driveway, or build an addition to a porch, let alone add an extra room to their homes, without the risk of having it destroyed.

It means that no community can add a new classroom to a burgeoning school, no matter how many new babies are born in the town, and no new apartments can be built to accommodate the natural growth among the families.

No new libraries, or community centers, or even bypass roads can be created to avoid the dangerous areas that are increasing by the day, as Arabs in the region are incited to violence by their Palestinian Authority unity government.

This, as neighboring Arabs in precisely the same areas are building freely without cease, beautiful, free-standing new homes going up on a near-daily basis with brand-new roads springing up alongside.

Arab construction is moving forward at a brisk pace with the assistance of generous funding from the European Union and other foreign sources – in the same disputed areas where Jews are warned not to build. 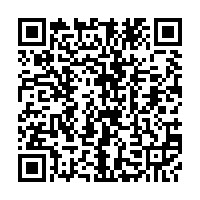