Oooh, another bit of drama in the ‘Obama-Bombing-Bibi Soap Opera’ …

The White House has started bringing out the heavy artillery: The New York-based Anti-Defamation League is the latested to be recruited to pressure Israel’s Prime Minister Binyamin Netanyahu into canceling his address to the U.S. Congress on March 3.


Yes. It’s another round of messing with Israeli politics, cloaked in the guise of harassing a prime minister over a speech to Congress. But it’s really about trying to rally enough bad blood to make Netanyahu look bad to people who know he’s probably one of the few in Israel who actually knows how to lead, mistakes notwithstanding.

Ah — and lest we forget — it’s also about trying to distract the American public from that other thing: the Iranian nuclear threat that’s being carefully hidden away in a pretty package with a shiny pink bow. It’s about to be sealed in an agreement between Tehran and world powers led by President Barack Obama at the end of March. Obama’s not very happy that Netanyahu is planning to talk about that with Congressional lawmakers.

Somehow ADL national director Abraham Foxman was persuaded to tell The Jewish Daily Forward that the controversy over the address by Netanyahu – who was invited to deliver the speech by the Speaker of House, John Boehner, months ago – is “unhelpful.” Foxman was quoted as saying the Netanyahu should stay home, according to the Feb. 7 edition of the UK-based Huffington Post.

(Frankly, Harriet, how on earth did the UK get into this? Oh, right — they get into anything that has Netanyahu involved — forgot. Carry on…)

“One needs to restart, and it needs a mature adult statement that this was not what we intended,” Foxman said in the Forward interview published Friday. “It has been hijacked by politics. Now is a time to recalibrate, restart and find a new platform and new timing to take away the distractions.”

Foxman said he “stands with Israel” and its concerns over the rapidly closing U.S.-Iran deal on Tehran’s nuclear development activities. However, he said Netanyahu’s upcoming appearance before the Congress has become “a circus.” Instead, he suggested the prime minister postpone the speech until after Israel’s March 17 elections. Or make his case at the AIPAC (American Israel Public Affairs Committee) conference, scheduled the same week as his address at Congress.

Of course, the scheduled date of the AIPAC conference was the reason Netanyahu moved the date of the speech back to March anyway, even though it was closer to elections. He only travels once that way.

This writer finds it interesting that the White House staff has been so successful at recruiting nearly every major American Jewish organization into trying to pressure the leader of the State of Israel on a matter seriously affecting Israel’s national security.

Were the situation reversed, one wonders how the American people would react if the Kremlin were to play the same games to stop President Barack Obama from addressing the United Nations Security Council at a special session, for instance, or even the Duma in Moscow on a matter of equal gravity affecting American national security?

Another question might be to consider which threats, if any, were implied or outright tossed to haul the ADL on to this bandwagon.

Most of the American Jewish organizations tangled up in this shameful campaign of harassment benefit from at least some government funding for community assistance programs. As such, they are enjoined to avoid any form of political involvement or they lose that funding instantly.

So many questions … so few answers … so little time … 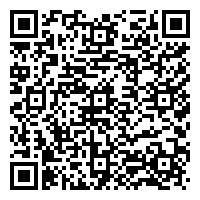