Most analysts still believe the Syrian crisis is a sectarian conflict between the Sunni, Shi’a and Alawite Muslims. But that time is long gone.


A cataclysmic clash of civilizations is taking place in Syria, one that a number of nations have patiently awaited for decades.

Turkey, so deeply invested in the glorious history of its Ottoman Empire period, would find great satisfaction in stretching its influence with a modern-day “Turkish Islamic Union” that might embrace like-minded nations in the region and perhaps also beyond.

Da’esh, as it is known in the Middle East and which in English calls itself the “Islamic State” (known by others as ISIS or ISIL) is rapidly stretching its influence to build a worldwide Sunni caliphate. It began as a splinter group from the Al Qaeda terrorist organization, and then morphed into the Islamic State in Iraq and Syria (hence “ISIS”) — but at last count had successfully recruited more than 41 other regional Muslim terrorist organizations to its cause from around the world on nearly every continent.

And then there is the Islamic Republic of Iran, a Shi’ite Muslim nation, which is extending its tentacles as rapidly throughout the world as Da’esh, but far more insidiously and certainly more dangerously. If in this world one might define any nation today as Amalek, that ice-cold, black-hearted evil that first picks off the weakest of the Jewish nation, it is Iran, which has quietly extended its influence and control farther and more deeply than any other enemy Israel has ever had. Wealthy, patient, smiling and calculating, Iran acquires new allies each year, even among those Israel once counted as friends. Meanwhile, Iranian officials never forget to keep the home fires burning, to stir the pot and keep it simmering, and always to nurture the various conflicts at home in the Middle East.

This past week, Iran announced the money it donates to families of Arab “martyrs” who murder Israelis will be paid via its own special charity organization, and not through the Palestinian Authority government.

But Tehran has yet to reveal the details of exactly how it intends to pay.

Hamas has been planting sleeper cells and budding regional headquarters, however, throughout the PA-controlled areas of Judea and Samaria, and it is clear the group’s next goal is an attempt to wrest control of those two regions from the PA, thus completing Iran’s takeover of the PLO — the PA’s umbrella organization and liaison to the United Nations.

Money is always helpful in such an enterprise, and Iran has recently enjoyed a massive infusion of cash that came courtesy of the United States and five other world powers after sanctions were lifted last month as part of last July’s nuclear deal.

Iranian Ambassador to Lebanon Mohammed Fath’ali announced last Wednesday that Iran would pay Arab families for each “martyr” who died attacking Israelis in Jerusalem and each Arab family whose home was demolished by Israel after one of its occupants murdered Israelis in a terror attack.

“The Islamic Republic supports the Palestinian Intifada and all Palestinian groups in their fight against the Zionist regime. We should turn this into the main issue in the Muslim world,” Larijani said in a meeting with a number of “resistance” groups in Tehran, FARS reported Sunday (Feb 28). 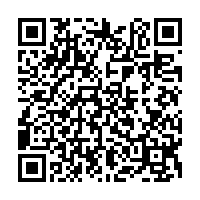