On Tuesday morning, Jerusalem Chief Rabbi, the Rishon Lezion Rabbi Shlomo Moshe Amar conducted a heartfelt prayer with a few dozen supporters in the remote area of the Western Wall known as the “Israelite Section,” which had been designated by the Israeli government for the mixed prayer services of Reform and Conservative visitors.

The chief rabbi’s followers erected an improvised mehitza-divider to separate men and women, in defiance of the government program. After the morning service, Rabbi Amar spoke tearfully, saying “there’s no such thing as the Reform Kotel, there’s only the Holy Kotel.”

“No one can revoke this holiness,” Rabbi Amar continued, “not the government, not the court, you can’t, it’s a hekdesh-sanctuary, it’s the Temple Mount. Not the goyim, not the UN, no power can revoke it. We stand guard and declare that our entire purpose is for the sake of God’s honor, only God’s honor, and the Shechina-emanation of God, and the people of Israel and the Land of Israel.”

Rabbi Amar’s prayer service reflected a perception on the part of many Haredi leaders that the Reform and Conservative movements are making inroads in Israel through the Supreme Court and certain government officials, and are threatening the classic status quo, whereby secular Israelis did not go to shul, but the shul they didn’t go to was Orthodox. Most Israelis are not interested in these American imports, but the fact that the Chief Rabbi of Jerusalem went out of his way to condemn Reform access to the Kotel probably gave those two-minute movements a new lease on life.

For the record, the idea for the mixed prayer area by the Kotel came from an Orthodox Jewish politician, then Minister of Religious Services Naftali Bennett (Habayit Hayehudi), who in 2013 announced the creation of a new prayer area, south of the Mugrabim Gate and north of Robinson’s Arch, an area of 4,844 sq. ft., which is a non-contiguous extension of the Kotel Plaza. It was Bennett’s attempt at solving a 28-year long dispute between the Women of the Wall, a group of largely non-Orthodox Jewish women who have been praying in the Kotel’s women’s section on the first of each Jewish month as well as on select holidays, singing and donning talit and tefillin—all acts which have been provoking ultra-Orthodox Jews since the early 1990s.

While a broad section of ultra-Orthodox public figures attacked the Bennett solution, going as far as to dub it “tzelem ba’heikhal” or a statue in God’s temple, the Women of the Wall group also rejected the minister’s peaceful solution, accusing Bennett of aligning himself with the “extremist” views of Rabbi Shmuel Rabinovitch, the government-appointed Kotel Rabbi, and of Israel’s chief rabbis (of course, when one accuses the mainstream religious and political leadership of extremism, it would be difficult for her to claim the center).

The WOW also called the special fenced wooden platform Bennett provided for mixed prayers a “sundeck overlooking the Western Wall,” which, come to think of it, could be the name for a bangup real estate bonanza. And the Reform movement over in the US, where they dominate Jewish life, at least on paper, with some two million members (in largely Orthodox Israel they may be noisy but their numbers are puny), announced that the Kotel must be open and accessible to all the Jews and men and women must be treated equally there. In other words, why can’t you all be more Reform, like the rest of us.

The fact is that the Bennett solution, while acquiescing that Israelis who are Reform and Conservative have the right to use a state-owned and funded religious facility, resolves the conflict in a peaceful way, which is not something the Reform and Conservative movements want. Since the platform has been erected, it has been standing empty, first because very few Reform and Conservative Israelis have the time or inclination to regularly fight Jerusalem traffic to go pray at the Kotel when most of them hardly ever pray in their own synagogues during the week; and second because without the opportunity to provoke the Orthodox, what’s the point of schlepping all the way to Jerusalem?

Now, the pushback from the Jerusalem Chief Rabbi has revived the non-Orthodox, whose fundraising and membership largely depends on being the victims of Orthodox “repression.” And so, once again, spokespersons for both movements have condemned the aging rabbi, whose salary is provided by the taxpayers, and who attacks the principles of equality, freedom and the American way.

Perhaps the good chief rabbi of Jerusalem should have taken a hint from the fact that he and his followers were the only ones praying on the Reform “sundeck,” because no one else ever prays there on any given day, and even the Baha’i movement in Israel represents a bigger threat to Orthodox Judaism at the Kotel than do the Reform and Conservative.

The best cure for the WOW phenomenon is probably to let them have their way until they get bored with it. The most recent new month celebration of the WOW, a week ago, attracted fewer than 90 women, and the only coverage it received was a provocation by its CEO, who showed local cops at the end of the service that she had “smuggled” a Torah scroll into the women’s section. Otherwise even she couldn’t get arrested by a largely disinterested police, and couldn’t get covered by the media which is inundated with much bigger stories. 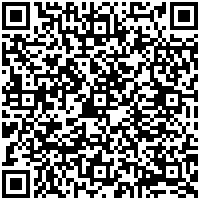