A steady increase of Jews fleeing anti-Semitism and moving to Israel has prompted the Ministry of Absorption to submit for government approval a new plan to help them start new lives as “olim” [new immigrants].

In 2013, there were 3,301 new immigrants from France, the highest recorded number from that country since the year 2000.


Sofa Landver, on a visit to Paris Wednesday, told JTA that though she and her team expect mostly young immigrants, the ministry has prepared plans adapted to all ages and sectors, designed to ”erase all bureaucratic hurdles” which new arrivals are confronted with. In addition, the plan will consist of reinforcing in Paris and in other French cities the personnel who assist those interested in making aliyah.

Landver said that she will present the program in an upcoming Cabinet meeting.

”Immigrating to Israel is a decision each individual makes on his own,” emphasized the minister. ”But we consider it important to discuss our plans with the French Jewish leadership and to have their support.”

When asked whether she considered the rise in anti-Semitic incidents in France to be the prime motivation for immigration to Israel, the minister said that a community confronted with an increase in Jews leaving “reflects signs of discomfort, signs of insecurity and perhaps of anti-Semitism.”

She added, “Waves of Jews leaving their community are bound to have their reasons.”

The recurrent messages the minister and her team encountered in France were those of parents encouraging their children to build their future in Israel, rather than in their native land. 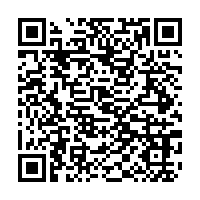