The Palestinian Authority announced last week it will be giving an additional $46 million a year to released prisoners, including hundreds of murderers of civilians, according to the Palestinian Media Watch (PMW). This new funding is an addition to the tens of millions the PA already gives in salaries and other benefits to terrorists in prison and released terrorists.

The PA’s funding of terrorists is enabled to a large extent by money the United States and European countries give to the PA for salaries and its general budget.


PA Minister of Prisoners’ Affairs Issa Karake explained that the Palestinian Authority was not able to fund this financial support for released prisoners in 2013 because of its “large budget deficit,” so it will only start in 2014.

“Due to the large budget deficit and the PA’s financial situation, establishing the budget, which has been estimated at 160 million shekels a year, has been postponed until April [2014],” he was quoted as saying in a report by Al-Hayat Al-Jadida.

Most Western countries have laws and regulations prohibiting support for terrorists or former terrorists. The United States, Britain, UK, Holland, Norway, Sweden and others have debated, proposed or passed laws or motions against giving the Palestinian Authority money that ends up in the hands of terrorists, but these countries nevertheless continue to fund the PA’s general budget, thereby paying tens of millions of dollars to terrorists as salaries and other payments.

The PA responded to Western criticism of support for terrorists by mocking European donors for wanting their money to remain “clean.” In the words of the same PA Minister who announced the $46 million for released prisoners on official PA TV, “The Europeans want their money that comes to us to remain clean – not to go to families of those they claim to be ‘terrorists.’ [They] need to renounce this occupation (Israeli) mentality. These [prisoners] are heroes, self-sacrificing fighters (fedayyeen), and fighters who fought so that we could live in dignity… These heroes, whom you [the audience] are applauding, must live in dignity, so that we will continue to hold our heads high. We appreciate the people of the revolution and are proud of them.” 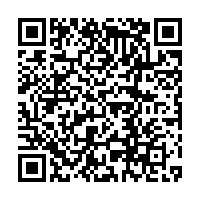