As usual, the Cave of the Patriarchs will be open to Jewish worshipers only on Thursday and Friday, the two days of Rosh Hashana, which are the first two days of the Hebrew month of Tishrei.

The closure of the Ibrahimi Mosque at the site, however, has apparently upset editors at the Bethlehem-based Ma’an news agency, a Palestinian Authority-backed media outlet which reported the news as follows:

“The Ibrahimi Mosque in Hebron will be closed to Muslim worshipers on Thursday and Friday, an official at the mosque told Ma’an Sunday. Hijazi Abu Sneina told Ma’an the mosque would be open to Israeli settlers during the two days of Rosh Hashanah, or Jewish New Year, but closed to Muslims. The Ibrahimi Mosque, believed to be the burial place of the prophet Abraham, is located in central Hebron, a frequent site of tensions due to the presence of 500 Israeli settlers in the Old City. “

Ma’an fails to note that Jews are banned from entering the site on Islamic holidays. Nor does the news agency accurately report the fact that the site is open to all Jews, not just “settlers.” Moreover, the “tensions” referred to in the coverage are hardly due to the presence of Israelis in the city, but rather to the murderous Arab attacks on Jews who have made their homes in Hebron for the past decades.

Hebron is mentioned in the Bible as one of the four holy cities in Judaism; the capital is Jerusalem, and the others are Tzfat and Tiberias.

The Ibrahimi Mosque is the only intact Second Temple period structure in existence, located directly over the burial place of the patriarchs Abraham, Isaac and Jacob. The structure pre-dates Islam and Muslim conquest of the area.

The cave itself, known in Hebrew as the Cave of Machpelah, and the adjoining field were purchased literally thousands of years ago from Ephron by the patriarch Abraham specifically for the purpose of using it as a burial site for his wife Sarah, who had just died.

One can find the reference in the Book of Genesis. (23:1-20) Later in the same Book of Genesis it is written how the rest of the patriarchs and matriarchs were also buried there, with the exception of Rachel, who died in childbirth on the road near Bethlehem.

In Israel, very few locations are free of Jewish historical reference; most link back way before the time of the founding of the Palestinian Authority or Islamic existence — a fact that appears to irk the entity to this day. 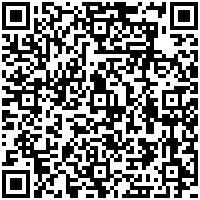