Security guards at a checkpoint at in the northern Jordan Valley shot and killed a 16-year-old terrorist Saturday morning after he stopped selling snacks and charged at them with a knife.

The guards initially had ignored the teenager, who seemed to be just an innocent youngster trying to eke out a few shekels by hawking chocolate-covered marshmallows (Krembo) to motorists waiting in line at the checkpoint several miles south of Beit Shean in the Jordan Valley, east of Jenin.

As seen in the video below, the boy suddenly decided to turn himself into a terrorist and ran at the guards, who sprung into action. They shot and killed the “salesman.”

The Palestinian Authority’s version of the incident is that the boy “attempted to cross the checkpoint through one of the metal gates” even though the video, which WAFA did not post, clearly shows him rushing at the guards. 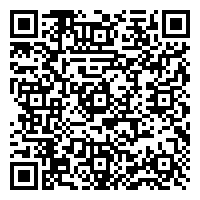