Border Police shot and wounded Saturday an Arab terrorist from Jerusalem who shot at homes in a community in Samaria during the Sabbath, putting bullet holes in houses but causing no injuries.

The 20-year-old terrorist who constantly fired at the Pisgat Ze’ev community in northern Jerusalem was finally shot in the Shuafat neighborhood and is in serious condition in Hadassah Ein Kerem Hospital.


Police sharpshooters ambushed the terrorist, who was whisked away in a Red Crescent ambulance after being shot. Security personnel caught up with the ambulance at a checkpoint and escorted to the hospital.

Police suspect that the terrorist did not act along and are investigating the possibility that others are involved.

Elsewhere in Jerusalem, Arabs in the Muslim Quarter of the Old City used their rooftops to as launching points for hurling rocks at Jews passing by, an infant suffered light head wounds. He was treated at the same hospital where the Shuafat terrorist is being cared for.

More than 360 incidents of violence have been reported in Jerusalem this month. Police have arrested more than 600 terror suspects, most of them young people from eastern Jerusalem, and 200 indictments have been filed. 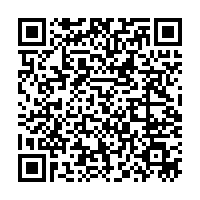