An Arab terrorist rammed his vehicle into an IDF Givati Brigade patrol who were monitoring Highway 60 in Samaria at midday Thursday.

The patrol conducts security checks of suspicious-looking Palestinian Authority Arabs on the road.


The attack took place at the Bitot Junction between the Arab village of Huwara and the Jewish community of Tapuach. The troops immediately opened fire in response.

“The assailant was shot,” according to the IDF Spokesperson’s Unit. He was killed by the gunfire, it was later confirmed.

One IDF soldier was lightly wounded in the attack. He was treated at the scene and then evacuated to Beilinson Hospital at Rabin Medical Center in Petach Tikvah, where he is listed in good condition.

The Tapuach Junction, Huwara and Shechem areas have been flashpoints for violence since the wave of Arab terror began in October. 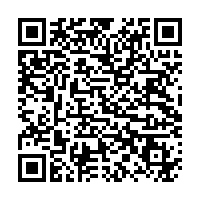