Arab terrorists hurled rocks at a children’s schoolbus in Samaria, and stones and firebombs (Molotov cocktails) at Israeli drivers in Judea on Wednesday afternoon.

The first attack was recorded near the northern entrance to Efrat, where terrorists hurled rocks at drivers traveling near the Jewish community.

Efrat is located in the Gush Etzion bloc in Judea, about eight minutes south of Jerusalem. No physical injuries were reported, and none of the vehicles were damaged.

Terrorists also threw stones at drivers in at least three separate attacks on Highway 60 between the El Khader junction and the tunnels checkpoint at the entrance to Jerusalem. No physical injuries and no damage reported in any of the attacks.

In Samaria, terrorists hurled rocks at a school bus that was traveling south of the Arab village of Hizme, heading towards the checkpoint north of Jerusalem. No physical injuries were reported.

Stone-throwing attacks have cost many lives and permanently wounded even more. Attacks on moving vehicles with rocks are regarded as murder attempts under Israeli law. 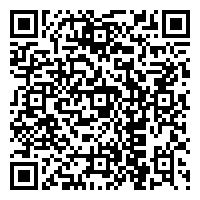