Both Arabs and Jews were out in force Tuesday night, making their sentiments known to law enforcement officials in Jerusalem. In the Arab sector, violence was the method of communication. Jews chose instead to block transportation for others.

Masked Arabs rioted in the Jabel Mukabar neighborhood that was home to two bloodthirsty terrorists, now dead, who had been responsible for a bloodbath hours earlier at a local synagogue. Equipped with axes, a meat cleaver, knives and guns, the pair butchered four prominent rabbis and an Israeli Druze police officer, and wounded at least six other people in an attack that has been dubbed the ‘Har Nof Massacre.’


Both were killed by police, but not before they had soaked the synagogue floor with the blood of its worshipers and orphaned 26 children.

By nightfall, dozens of masked Arab attackers were hurling rocks and shooting fireworks at police officers in the Jabel Mukabar neighborhood.

Meanwhile, in a central part of the capital, Jewish protesters gathered in an attempt to block the Light Rail on Jaffa Road, the main shopping street in Jerusalem.

The demonstration was held near the String Bridge overlooking the Central Bus Station near the entrance to the city, to protest the government’s policies regarding terror attacks.

Police broke up the demonstration, making 23 arrests in the process, including four minors. The Light Rail was allowed to continue on its route unimpeded. 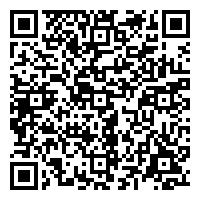