The Federal Bureau of Investigation is set to investigate the horrific terror attack at a Jerusalem synagogue that took the lives of four rabbis and an Israeli Druze police officer, and wounded six others.

U.S. law enforcement officials said Tuesday night the case fell into the agency’s domain because three of the victims were American citizens.

“We condemn in the strongest terms these attacks,” Obama said. “The murders for today’s outrageous acts represent the kind of extremism that threatens to bring all of the Middle East into the kind of spiral from which it’s very difficult to emerge and we know how this violence can get worse over time.”

He urged both sides to work together to bring calm to the situation, particularly in view of tensions that have flared recently over access to the Temple Mount.

“Our hearts go out to all Israelis for the atrocity of this event and for all the reminders of history that go with it,” Kerry said in his statement from London. “This simply has no place in human behavior and we need to hear from leaders who are going to lead their people to a different place.” 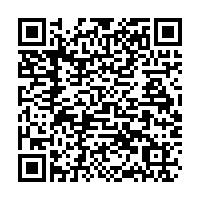