The Nazi regime under Hitler apparently set aside the structure in the jungle of Argentine for shelter if leaders of the Third Reich had to flee, according to archaeologists who discovered the suspected Nazi hideout.

The building was found on the border with Paraguay and could be reached only after using machetes to cut away vines, according to the team of archaeologists, as reported by the London Telegraph.


The archaeologists found German coins from the 1930s and porcelain fragments on which were written “Made in Germany.”

The conclusions that the location was a Nazi hideout was reached by the team, whose leader Daniel Schavelzon told the Telegraph, “We can find no other explanation as to why anyone would build these structures, at such great effort and expense, in a site which at that time was totally inaccessible, away from the local community, with material which is not typical of the regional architecture.”

Residents in the area believe that the house may have belong belonged to Martin Bormann, Hitler’s right-hand-man who committed suicide in 1945, but Schavelzon told the Argentine newspaper Clarin that the Nazis had a secret project to build shelters in remote locations in the event of defeat.

The Nazis did not need the building because Argentine opened its arms to approximately 5,000 Nazis, including Adolf Eichmann who was captured in Buenos Aires in 1960 by the Mossad. 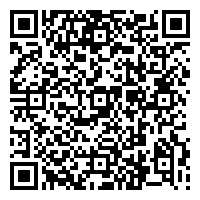