Syrian President Bashar Assad said in an interview with the Argentine newspaper Clarin Saturday that he has no plans to step down before elections are held in Syria, utterly rejecting the demand by the rebels that the civil war must conclude with his departure.

Assad was described by Clarin as looking more like a business executive than a beleaguered dictator. He spoke calmly, defending the tough approach of his military offensive across Syria, and denying the veracity of the publicized body count (more than 70 thousand) in UN reports. He also denied allegations of his troops using chemical weapons like saran gas, and rejected complaints that his military, well equipped with Russian weapons, are using excessive force in the crackdown.


He said that although his government supports the international conference which will be held in Geneva in late May, between Washington and Moscow, to discuss an end to the Syrian crisis, but was skeptical about the results.

Still, Assad’s comments to Clarin were his first public discussion of his possible role in any political transition. So far, neither the Assad government nor the Syrian National Coalition have announced that they would participate in such a process.

Assad acknowledged that there is fear within his regime of a possible invasion. “It is a valid probability, especially after we have hit the armed groups in many parts of Syria and the balance of forces on the ground began to change,” he remarked. “Then these countries asked Israel to attack us, to boost the morale of the terrorist groups,” he added.

Assad insisted that the rebels he is facing are ultra-Islamist terrorists, seeking to overthrow his secular government, and they’re receiving aid from the West. He accuses the Americans of cooperating with Qatar and Saudi Arabia to impose an extremist regimein Syria.

Assad said he was like the skipper of a ship in a stormy sea, “the country is in a crisis and when a ship faces a storm, the captain does not flee.”

The first thing the skipper does “is face the storm and guide the ship back to safety,” Assad declared. “I am not someone who shirks his responsibilities.” 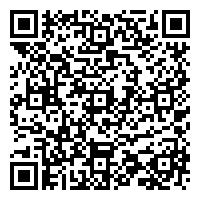