Russia is expected to deliver the first missiles to Syria within two months.


There is concern in Israel that the S300 systems will actually be manned by Russian troops in Syria. 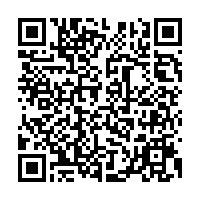