Another dirty not-so-secret secret at Oberlin is that lots of the members of the SFP are Jewish themselves.

Andrew Patinkin, class of 2019, weighed in on the attitude of many Jewish Oberlin students. Patinkin explained that “many Oberlin students say that Israel is an oppressive state, and they “repeat a lot of misinformation and falsehoods in the name of ‘combating oppression.’  Unfortunately, this attitude towards Israel is so pervasive that even some Jewish students have taken to decrying Israel because it makes you a ‘better ally’ to a marginalized group, i.e. the Palestinians.”


Patinkin continued: “In the eyes of these students, if you do not actively denounce Israel and it’s actions, you are a lesser ally and ‘fail’ to understand the ways that oppression works, thereby making you a horrible person.”

If things are so bad at Oberlin, why don’t Jewish students leave?

In the last few years two students transferred from Oberlin to the University of Pennsylvania. Before she left, Mira Taichman penned a column for the Oberlin Review.

Taichman, who is Israeli, wrote that “Zionism is stigmatized at Oberlin. Anti-Israel and anti-Zionism is not only accepted; it is expected.”

“I quickly learned that at Oberlin,” Taichman wrote, “love for my own nation was not something I could freely express. I hesitate to disclose this part of my identity to members of our community, not because I am concerned they will disagree with me, but because I know from experience that, simply upon hearing the words, ‘I am a Zionist,’ they will shut out my voice entirely.”

Taichman stayed only one school year at Oberlin.

Anya Friedman Hutter also left Oberlin for Penn. Hutter, like one of the current students who spoke with the JewishPress.com, was raised as a member of the leftist, Labor Zionist Habonim Dror movement. But Hutter wrote in an op-ed that ran in the Philadelphia Jewish Exponent, that students at Oberlin were expected to hew to a very specific “liberal checklist.” They were expected to denounce “a plethora of social ills, including capitalism, racism, tracking, transphobia – and Israel.”

Hutter described the atmosphere at Oberlin, when it came to Israel, as toxic, and gave that as one of the reasons why she transferred.

The letter sent to Oberlin administration by the Oberlin Alumni and Students Against Anti-Semitism has limited goals. It wants anti-Semitic incidents to be investigated and documented; it wants there to be a forum for Obies in which they can discuss the impact of those anti-Semitic incidents; and they want there to be a task force to create a plan of action to address the current crisis.

And what happens matters for campuses other than Oberlin. As the Jewish professional and two of the Oberlin alumni who are university professors explained, the same things are happening at other campuses. It’s just that they are louder and earlier at Oberlin. 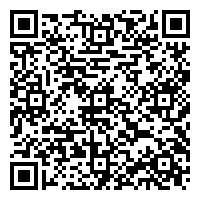