A 10 pm curfew and strong show of force by thousands of security personnel Tuesday night helped restore order to most of the city, and put an end to riots in Baltimore.

At least one Jewish business owner faced near-total ruin Tuesday night; Harvey Levy of the Baltimore suburb of Reisterstown responded to an alarm and saw his sports store had been damaged and emptied by rioters.


The Agudath Israel synagogue also posted a notice on its door warning congregants its final evening service of the night would be held at 9:30 pm due to the 10 pm curfew.

Two of the three city’s home games between the Baltimore Orioles and the Chicago White Sox were postponed; a third, scheduled for Wednesday, is to be played at Camden Yards in a historic “first” televised game with an entirely empty stadium. No fans are allowed into the stadium due to security considerations.

The Baltimore police department managed to finally contain thousands of rioters throughout the city by the wee hours of Wednesday morning, with the help of some 2,000 National Guard troops, 1,000 supplemental police officers from neighboring counties and 2,000 civilian volunteers.

Users on Twitter and other social networking sites have been comparing the situation in Baltimore to that in Israel, whose security forces must contend with similar issues in her cities, albeit with Arabs instead of rioting city residents hoping for anarchy.

The situation in the United States, in fact, appears to be developing a parallel process in many ways similar to the Arab intifada that is faced by Israel every few years.

More than 235 arrests were made in Baltimore in the past 24 hours At least 20 police officers were injured, including one who remains in critical condition. The force has been forced to decide how and when to use increased riot control measures such as tear gas, smoke canisters and other security options; issues also confronted by Israel.

An alleged alliance between three national gangs — the Black Guerrillas, the Crips and the Bloods — was formally denied on Tuesday in a statement by the gang members who said the supposed agreement to “take out” Baltimore police was untrue. Gang members were later seen towards sunset organizing into a secondary buffer line spreading out between protesters and police.

Baltimore mother Toya Graham became the most well-known personality in the city on Tuesday: the single mother of six was seen in a video flashed around the Internet chastising her 16-year-old son after spotting him on television among rioters wearing a black face mask. Graham was seen ripping the mask from her son and smacking him around the face and shoulders while chasing and scolding him, forcing him to leave the riots and come home with her. Many news groups and Internet users informally dubbed her “Mother of the Year.” 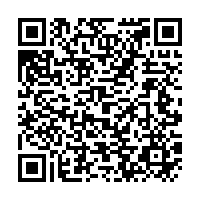