Israeli supermodel Bar Refaeli had the best of intentions in mind when she tweeted the following, so we’ll give her credit for that:

barrefaeli
there’s no honorable way to kill, no gentle way to destroy. there is nothing good in war, except its ending – Abraham Lincoln #stopterror


Except for one minor detail.

We’ll also give Bar credit for being a Trekkie too. 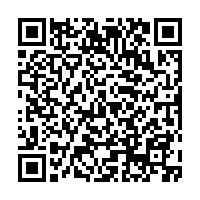