Israel has agreed to a United Nations request for a six-hour “humanitarian ceasefire” effective 10 a.m. Thursday, amid a race between a broader counter-terror offensive including a ground incursion and efforts by Egypt, the Palestinian Authority and U.S. Secretary of State John Kerry to arrange a stable ceasefire.

The “hold-fire” break would allow the United Nations and Hamas to freely operate, presumably to help the injured.

The IDF warned, “Should the humanitarian window be exploited by Hamas or other terror organizations for the purpose of launching attacks against Israeli civilian or military targets the IDF will respond firmly and decisively.”

Even center-left Justice Minister Tzipi Livni said Wednesday that the IDF has no choice but to send soldiers into Gaza if Hamas continues to attack. Terrorists in Gaza fired three more rockets late Wednesday night towards Kiryat Malachi, halfway between Be’er Sheva and Tel Aviv. The Iron Dome system intercepted them.

The IDF called up 8,000 additional reservists Wednesday night, bringing to more than 55,000 the number of reservists beefing up combat units or freeing them from other positions for availability to enter Gaza.

Hamas has been all over the lot in its official statements, proposing a 10-year ceasefire, demanding that Israel remove the maritime blockade, snubbing the idea of a ceasefire brokered by Egypt but then indicating it might be willing to accept it.

If Hamas continues to attack as it did on Tuesday and Wednesday, when it fired approximately 150 rockets and missiles at Israel each day, Israel will have little choice but to send ground troops into Gaza.

Israel has no more points to win on the diplomatic and PR front. The effect of its being a “moral army” amid Hamas’ use of civilian shields has worn off, and the deaths of half a dozen Arab children on a Gaza beach used by terrorists and bombed by the Air Force have tipped the sympathy scales in favor of Hamas.

“Based on preliminary results, the target of this strike was Hamas terrorist operatives,” the military said in a statement shortly after the bombing,

It added, “The IDF has no intention of harming civilians dragged by Hamas into the reality of urban combat. We are carefully investigating the incident in question.

“The reported civilian causalities from this strike are a tragic outcome.

“Hamas’ cynical exploitation of a population held hostage has caused the IDF to cancel strikes on terrorist targets on multiple occasions this operation.”

A ground operation becomes more probable every day. Hamas convinced many Gazans Wednesday to remain in their homes despite IDF warnings for them to leave before terror targets, including homes and public institutions, would be bombed. The military already has called off several bombing missions because of the presence of civilians.

However, a “ground invasion” does not mean that thousands of soldiers will suddenly swarm into Gaza City

Tanks and foot soldiers initially would cross slowly and carefully into northern Gaza, which is not densely populated. Sorties into larger villages would be the next step, with aerial cover.

The IDF knows that hundreds of terror tunnels, many of them underneath homes, remain in Gaza, and Hamas would raise its morale, however immoral, if God forbid, it succeeded in kidnapping soldiers through the tunnel systems.

As preparations for a ground operation continue, Mahmoud Abbas is in Egypt trying to work out a ceasefire with Egyptian officials and with the help, or hindrance, of Kerry. State Dept. spokeswoman Jen Psaki revealed on Tuesday and speculated in The Jewish Press here, that he had been involved in the Egyptian proposal, which Hamas rejected Wednesday morning although Israel accepted it for six hours.

Kerry was scheduled to take time off from his visit in Europe and fly to Egypt this morning but called off the trip, perhaps because he saw he only would make himself look ridiculous, again. 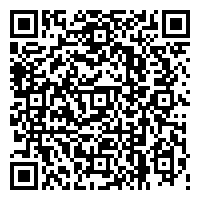