“We congratulate Prime Minister Cameron for his strong stand against anti-Semitism and Muslim fanaticism. The resurgence of anti-Semitism and the spread of Islamic extremism across Europe is particularly troubling and Mr. Cameron’s plan takes a vital step toward combating these destructive forces,” said Lauder in a statement hailing the UK leader for the 5-year plan to fight homegrown terrorism he unveiled Monday in a speech in Birmingham.


“You don’t have to support violence to subscribe to certain intolerant ideas which create a climate in which extremists can flourish,” Cameron said. He added that conspiracy theories of a Jewish malevolent power or any Western plan to deliberately humiliate Muslims need to be challenged.

Lauder urged other European leaders to follow the Prime Minister’s lead, noting: “Once again, we are seeing the rebirth of classic anti-Semitic conspiracy mongering targeting Jews across Europe – and it is vital that Europe act now before the situation deteriorates.” 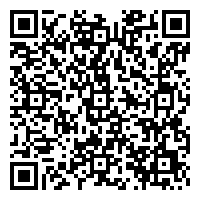