Visiting U.S. Vice President Joe Biden got the ball rolling Monday evening to create a legacy of former Prime Minister Ariel Sharon as a man of peace in a meeting with President Shimon Peres, who hosted Biden along with Democratic legislators Rep. Eliot Engel of New York and Rep. Debbie Wasserman Schultz of Florida.

Biden declared that the situation has changed in Israel, whose necessity he declared once “was literally to keep from being pushed into the sea by hostile neighbors that were more powerful and had larger armies and more weapons.”


The vice president then declared that the circumstances have changed and that”Israel is a significant power in its own right.”

He then uttered a masterful phrase of doubletalk, stating that “Sharon did not change but changed his focus.”

Stating that Sharon once told him once that he understood the need for peace, Biden jumped to the conclusion that this reflected “the understanding that Israel’s ultimate security rested on a genuine accommodation with the Palestinians borne out of secure borders.”

The results were see a few hours before the funeral Monday and only minutes after Sharon’s coffin was in the ground – rocket attacks from northern Gaza, less than two miles from the Sharon family home where the funeral took place.

Now that Biden established Sharon’s legacy of peace, he took up the Obama administration gambit that “the only place where there is a possibility for an island of stability is quite frankly between the Palestinian people and the Israeli people, in two secure states respecting one another’s sovereignty and security.”

Biden’s remarks were tailor-made for Peres, who jumped on the opportunity to be registered in Guinness under the category for the longest playing broken record.

“We have an open window and God knows when it will happen again. … I believe there is a serious attempt to make the right decision and there is only one – two states for two peoples.  They are our neighbors and we have to make peace with them,” said President Peres.

He matched Biden’s doublespeak with a well-crafted phrase. “We cannot change nations but we can change relations.” All that he forget was to be recorded for another Guinness accomplishment of the man who has said more than anyone else in the world, “He who makes in the Heavens will make peace on us and all of Israel.”

Peres then surprised everyone with news that has never been reported anywhere else. “There are changes on our side and on the Arab side,” he revealed. “The fact is that even the Arab League formerly a negative front against Israel today offers peace, whether we agree with all the proposals or not there is a change that we must consider.”

The Saudi Peace Initiative of 2002, backed by the Arab League, offered “normalization” of relations with the Zionist state. All that Israel had to do was hand back every inch of land from where the Arabs tried to destroy Israel in 1967 and, just for peace, allow the immigration of several million Arabs from foreign countries – including enemy states of Syria and Lebanon.

Taking into account Biden’s doubletalk on Sharon not changing but only changing his view, and Peres’ remark that relations can change with  enemy nations that don’t change, then conditions for war indeed can be called a recipe for peace.

Yitzchak Rabin’s death has been desecrated with the manufacturing of a Legacy of Peace, that, like Biden’s attempt after Sharon’s death. 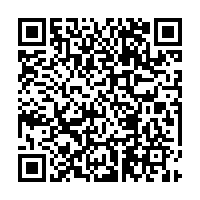