The Israeli Arab shooter who murdered three Israelis Jan. 1 in Tel Aviv was buried Wednesday in a small, quiet ceremony late Tuesday night, a short time after security authorities returned his body to the family.

The funeral, held in Wadi Ara village of Ar’ara where Nashet Melhem was raised, was limited to 80 people, primarily family members, in accordance with police directives.


Despite that, Hebrew-language media reported some of the women called out that Melhem had “died a shahid” (martyr) and was “a beloved one in God’s eyes.” The terms nowadays are used when referring to members of terrorist organizations, or lone wolf terrorists who die while carrying out attacks against others, which they call jihad, or “Islamic holy war.”

Until this past Friday, Israeli authorities and media were referring to Melhem as a “shooter.” But Prime Minister Benjamin Netanyahu specifically changed the reference to “terrorist” in his statements on the attacks by Saturday night, implying additional information had been uncovered in the investigation.

Mohammed Melhem, a volunteer police officer, was himself was arrested as a suspected accessory, mainly because Melhem stole his father’s weapon to carry out his attacks. He did not attend the funeral, though he probably could have, having been released from custody on Sunday; he was at home on house arrest at the time along with his son Ali, who paid a similar price for his brother’s crimes. The family attorney said in an earlier statement to media that Israeli security officials “understand” that neither of the two men were responsible for the attacks.

Nashet Melhem, 31, opened fire Jan. 1 with his father’s submachine gun at the Simta pub on Dizengoff Street in Tel Aviv. Two Israeli Jews – Alon Bakal, 26 and Shimon Raimi, 30 – were killed and eight others were wounded. Melhem then disappeared, hailing a cab to escape, and subsequently killing his driver as well: 42-year-old Israeli Bedouin Ayman Sha’aban.

In less than two hours he made it back to his home village and for the next eight days hunkered down, hiding from Israeli security. Despite the tracking efforts of hundreds of top personnel, Melhem evaded the law.

When he was finally found on Jan. 8 the terrorist first fled, racing through yards in an attempt to escape. He then turned and opened fire at the approaching security personnel who came to arrest him, and in self-defense they returned fire at the terrorist, who was shot and killed.

The question is, who aided Melhem in his escape from justice for so long? He clearly had plenty of help. Israeli authorities have poured their resources into finding out who participated in that effort, and how.

It is also revealing, and troubling, that in a legislative system designed to create and uphold a nation’s laws, that not one Israeli Arab Knesset member has denounced Melhem’s attacks. Not in Hebrew in any forum, nor in the Arabic language to their own constituencies.

Moreover, at least one veteran Israeli Arab Knesset member is actually calling on the government to “put on trial” those officers who shot and killed the terrorist, calling his death an “execution.” Balad MK Hanin Zoabi told an interviewer on the Musawa channel in the Palestinian Authority capital of Ramallah in Samaria that “even though security forces could have arrested him, they were directed to execute him… the matter at hand is the reputation of the police state.”

That is a very grim message to the sole democracy in the Middle East. It’s a red flag that this country’s electorate should remember the next time Israelis go to the polls. 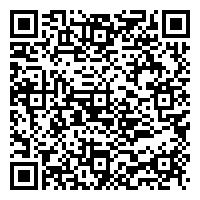