The British Foreign Office warned Monday that the downing of a Russian warplane by the Turkish Air Force was a “very serious incident,” one that bears further investigation.

“We are seeking further details urgently,” the Foreign Office said Tuesday in a statement.


“Clearly this is a very serious incident but it would be unwise to comment further until we have more certainty on the facts,” the statement continued.

There is clearly a rising concern over increased tensions between Russia and the West as both confront the need to battle the spreading threat of global jihad.

European Union president Donald Tusk called for calm, noting that Turkey, a candidate for membership in the EU, is due to host a summit with the international body in Brussels on Sunday. “In this dangerous moment after downing of Russian let, all should remain cool headed and calm,” Tusk tweeted on the Twitter social networking site.

But Russia’s Foreign Minister Sergei Lavrov abruptly canceled his planned visit to Ankara for meetings with Turkish officials on Wednesday, and Moscow has posted a travel alert against the country.

According to Turkish Prime Minister Ahmet Davutoglu, the Russian warplane violated Turkish airspace. “Everyone must know that it is our international right and national duty to take any measure against whoever violates our air or land borders,” Davutoglu said in Ankara, according to AFP.

Russia insists –and said it could prove — the Sukhoi-24 jet had not left Syria air space, although an image of radar tracking of the flight path of the SU-24 seems to indicate otherwise.

“This goes beyond the normal struggle against terrorism,” Russian President Vladimir Putin said in a statement before a meeting in Sochi, Russia with Jordan’s King Abdullah II. “This was a stab in the back by the accomplices of terrorists.

“Our pilots and our plane did not in any way threaten Turkey. It is quite clear. They were carrying out an operation against Da’esh (ISIS) in the mountains of northern Latakia, where [terrorists] who originate from Russian territory are concentrated. So they were carrying out the key task of preventive attacks against those who could return to Russia at any time.”

Putin is also infuriated by the fact that the two pilots ejected before the jet crashed in Latakia province, but one died because Turkmen rebels in Syria killed him. The rebels admitted as much to reporters, according to Reuters.

NATO is set to convene an emergency meeting of ambassadors in Brussels at 4 pm GMT; the military alliance to which Turkey belongs said it was “closely” following developments in the situation, and remains in contact with the parties.

This is the first time Russia has lost a warplane since launching air strikes in Syria in defense of the regime of President Bashar al-Assad. 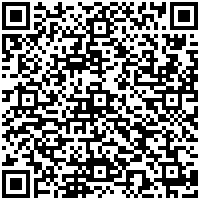