The pro-Israel Canadian government may be planning to include boycotts of Israel as a hate crime, the Canadian Broadcasting Corporation (CBC) reported Monday.

It said that such a move would target organizations such as the United Church of Canada, Canadian Quakers, campus protest groups and labor unions. It also would raise legal questions under Canada’s Charter of Rights and Freedoms.


Canadian Prime Stephen Harper is unarguably the most pro-Israel head of any government in the world. He sounded like an echo of Prime Minister Binyamin Netanyahu during his visit to Israel last year.

CBC asked the government to explain the meaning of “zero tolerance,” and Blaney replied that Canada has “one of the most comprehensive sets of [hate] laws anywhere in the world.”

Last year, Canada changed its definition of hate speech to include statements made against “national origin” and not just race and religion.

That has raised fears among civil libertarians that anti-Israel remarks could be classified as statements against Jews.

The concept of associating Israel with Jews goes at the very heart of the liberal Jewish community, as well as Jews who have no interest in Judaism in Israel. Whether they like it or not, hatred of Israel and Jews increasingly makes them identified with Israel by the fact that they are Jews.

The question is whether that definition has a legal standing.

CBC reported that the Canadian Quakers wrote a letter to Foreign Affairs Minister Rob Nicholson in March “expressing concern” about describing boycotts as acts of anti-Semitism.

Blaney’s office did not specifically say that would be the case but noted that it is illegal to promote hatred against an “identifiable group.”

However, BDS protests in other parts of the world have been anything but violent, with frequent clashes with police such as in France.

In Israel, it is against the law to boycott the country

In France, hate speech as a crime includes statements aimed at people’s “national origin,” and BDS activists sometimes have been charged with violating the law.

Belgium is considering a similar law.

On paper, it would seem that prohibiting a group from promoting a boycott of a country – and Israel is the only nation that is targeted – because of its political polices is a violation of freedom of speech.

In reality, such protests are often like the Palestinian Authority term “resistance,” a code word to encourage terrorists to kill Jews. 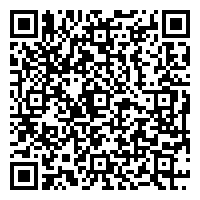