Roman Catholic Cardinal Kurt Koch, president of the Pontifical Council for Promoting Christian Unity, declared that the mission for Christians to bring other people to the faith includes militants like the Islamic State (ISIS) who are responsible for the highest persecution of Christian believers in the Middle East. Speaking last Sunday in Einsiedeln, Switzerland, the Cardinal argued that 80% of all the people who are persecuted for their faith around the world today are Christians, who are executed without regard to their denominational distinctions.

Cardinal Koch also advocated a thoughtful welcome of refugees knocking on Switzerland’s door. Incidentally, the Swiss have turned sheltering refugees from the Middle East into a lucrative business, as refugees arriving in Switzerland have had to turn over to the state any assets worth more than $1,000 to help pay for their upkeep. It also presents an ingenious pricing policy: whatever you have above a thousand bucks, please. But we digress.


Recalling the words of Tertullian, an emblematic figure of the Christian community in Carthage in the 2nd and 3rd centuries, Cardinal Koch told his listeners on Sunday that “the blood of martyrs is the seed of new Christians.” Considering the state of affairs in ISIS controlled areas, this should make for lots of new Christian seeds. Indeed, Koch, formerly the bishop of Basel, Switzerland, suggested that more Christians are persecuted in the world today than they were in the Roman Empire in the first centuries of Christianity.

Since the start of the civil war in Syria, more than 2,000 members of the local Christian minority were killed, and tens of thousands have fled the fighting to seek refuge abroad. More than one hundred churches were damaged or completely destroyed, according to figures provided by AED.

Catholicism is not for the faint of heart, and not for folks seeking self-preservation, never mind a comfortable life. Cardinal Koch noted that while Christians are fleeing the war in the Middle East by the tens of thousands, local bishops have been pleading with them to stay, even at the cost of a swift martyrdom.

But the Church insists on the same disregard for its people’s safety once they have reached European shelters. Faced with the alarming news that about 40,000 Christian refugees are being harassed and threatened by Muslim refugees in shelters in Germany, Church officials have resisted calls to separate the refugees according to their faith. “There’s an educational job to do, it’s a long process to pass the values which are in force in our democracies,” Cardinal Koch said, pointing to the eventual peace that has been reached between Protestants and Catholics in Europe, arguing the bloody conflict between Sunnis and Shiites will inevitably be resolved equally peacefully.

Of course, it’s taken Catholics and Protestants a good six centuries or so to stop murdering each other, and in some parts of Europe and the US the smoke hasn’t yet cleared off of that one completely. But the cardinal is stoic as to the number of victims this approach to conflict resolution will surely exact.

Cardinal Koch told the Daily Telegraph: “We have a mission to convert Muslims to Christianity. We have a mission to convert the people of all the non-Christian religions [except] Judaism.” He also urged Christians to view Judaism as a “mother” – despite key differences between the two faiths – and said they have a unique relationship, unlike the third Abrahamic religion, Islam.

One of the most crucial distinctions in that regard has been that Jews rarely massacre your entire village for daring to invite them to mass. 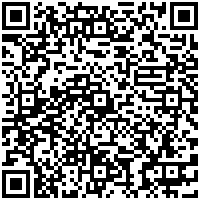