The Israeli Presidential Conference that Stephen Hawking is boycotting because of the “occupation” of supposed Palestinian land has drawn in the past none other than several senior Palestinian Authority officials, including one who two weeks ago said he would like to drop a nuclear bomb in Israel.

Thanks to a bit of Internet homework by Times of Israel reporters, it appears that former Palestinian Authority minister and negotiator Ziyad Abu Zayyad spoke at all three of the prior presidential conferences that have been held since 2008.


Another former speaker was former teenage terrorist Jibril Rajoub, who as an adult terrorist was head of Yasser Arafat’s “preventive security.” He also heads the central committee of Fatah, the party of Mahmoud “peace Process” Abbas, and last week he said he wished he had a nuclear weapon to destroy Israel.

So why didn’t Rajoub boycott the conference?

Because it is a lot easier to undermine Israel from within than staging a useless boycott, which is a total fake since a true boycott would mean no generic drugs from Teva Pharmaceuticals, the world’s largest generic drugs manufacturer. Everyone who has read about Hawking’s boycott probably already knows that Teva is working on a drug that could cure the brilliant physicist of the motor neuron disease that has afflicted the 71-year-old Hawking for the past 50 years.

The boycott would also include Intel chips, but who needs them? Besides the rest of the world, Hawking needs them, and probably more than anyone else. He communicates through a computer-based communications system that runs on a chip made by Intel.

And who designed the chip? Intel’s Israeli team. Intel’s factory operations in Kiryat Gat, north of Be’er Sheva, are among the largest in the world.

A handful or more of other Palestinian Authority political leaders and academics have spoken at the presidential conferences, one of President Shimon Peres’s pet projects to bring Israeli and Palestinian Authority leaders together, based on the still-to-be proven maxim that if they talk forever, someone will listen.

Of course, no one can listen if everyone boycotts.

Enter Hawking. His hearing from his left is exceptional, but he apparently filters out anything else, whether on the right or even in the center.

That is why his boycott of the  conference is one of the best things that has every happened to Israel’s “hasbara” program of trying to explain itself to the rest of the world, a policy whose main accomplishment is that it keeps a lot of people from being unemployed.

It is current history that Cambridge University stated that Hawking is boycotting the conference because of Israel’s awful policy of not letting the world dictate what is good for Israel, because who knows more about the Middle East than Westerners?

It is current history that Cambridge backtracked and said he was not attending the conference because of his poor health.

And then Hawking said, no, that’s not so. “I really am boycotting Israel,” he said, explaining that the international leftists [Read: anti-Israel], convinced him it was the right – or left – thing to do.

So Cambridge struck out.

And now comes the report that blows another hole in the Black Lie of the international community’s effort to drive Israel back to the “Auschwitz Lines” of 1949-1967, as former Israeli Ambassador to the United Nations Abba Ebban called the old borders.

The anti-Israel, or pro-Palestinian Authority effort, if you prefer, is talking to itself.

It camouflages its built-in hatred of Israel with a bleeding heart sympathy for the poor Palestinians.

Their do-good effort to break their boredom in life is to boycott Israel. But a funny thing happened on the way to Hawking’s boycott of the presidential conference. Palestinian Authority officials love to speak there. Why boycott an opportunity to stand on a soapbox and deliver a rant against the people that gave you the soapbox.

One would think that someone like Jabril Rajoub – the former adviser to Yasser Arafat, the former 16-year-old terrorists, the head of the council of PA Chairman Mahmoud Abbas’s own Fatah party, the man who two weeks ago said he really wished he had a nuclear bomb so he could destroy Israel today – would not stoop so low as to accept an invitation by the President of Israel to speak at the conference. 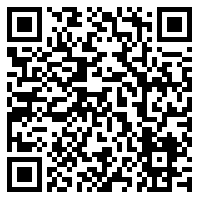