The Rochester University, NY, chapter of SDS (OMG, there’s still an SDS?) has declared November “Palestinian Awareness Month,” and was promptly accused of promoting a “clear anti-Israel agenda” in a Campus Times op-ed by student Yael Schiller. That did not slow down the SDS, who scheduled a screening last Wednesday of a documentary wannabe titled “The Occupation of the American Mind: Israel’s Public Relations War in the United States,” which makes the familiar argument that the Jews who control the media use it to help Israel murder Palestinian babies before Passover (we paraphrase).

Campus Times editor Justin Trombly reported Monday (Tensions flare at Palestine awareness event) that tensions “boiled over” during a Q&A session following the screening. “What point are you trying to make?” a member of the audience demanded, among a string of frustrated people angry with the film.


A man who said his family had been forced from Libya in 1967 because they were Jewish asked, “Is this for education purposes?” He noted that he is not considered a refugee on campus because he is not Palestinian.

Later in the Q&A session, student Elie Cohen was interrupted when he described education in the Palestinian Authority regarding the kidnapping and murder of 11 Israeli athletes during the 1972 Munich Olympics by a Palestinian terrorist group. One of the moderators, Farida Ibrahim, said, “If you’re going to ask a question, you are not going to make a statement.” When Cohen tried to complete his point, Ibrahim cut him off, saying, to applause, “These panelists are here to talk about their lives. They have nothing to say to you about what the Palestinian Authority or the government has put in the textbook of Palestinians.”

Eventually, a Public Safety officer began to approach him, and so Cohen walked off. But, as Trombly noted, a similar scene took place shortly thereafter, followed by what was described as an attempt by an Orthodox Jew from the audience to confront an Israeli-American panelist.

A local SDS official confirmed his group had enlisted the Public Safety police for the event, suggesting it “had to be defensive against an offensive and potentially violent force.” That’s the Jews on campus, who obviously support those Jews who control the media.

Elie Cohen, for his part, told Trombly, “I thought it was more of an Israel-bashing ‘documentary,’ opposed to one that, ‘explains the Palestinian voice,’” he said. “I hoped that after such a video, that there would be some political discussion about the claims made (since the video was purely political propaganda), but none of that was allowed. Public Safety nearly escorted me out of the event for questioning the legitimacy of the panelist’s claim that the Palestinian schools are not forcing an anti-Israel ideology.”

The moderator, Ibrahim, told Trombly the Jewish audience’s reaction to the film “was disgusting because the only thing they had to say was about terrorism which clearly implies that this is the only thing they have to ask Palestinians or Arabs or Muslims. … And that of course has to be at our Palestine events and over the voices of Palestinian and Arab students,” she said.

SDS officials were cited by Trombly as defending the use of Public Safety officers at a campus event by blaming a “radical right-wing non-student group (Roc4Israel) prompting locals to attend the event to “balance out the hate” so that Jewish students can “feel safe.” 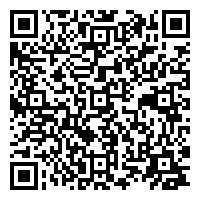