The Center for Information and Documentation on Israel (CIDI), a Dutch watchdog organization in the Netherlands that monitors anti-Semitism, has sent a letter to government ministers asking them to ban an upcoming conference in Rotterdam organized by groups linked to the Hamas terrorist organization.

Interior Minister Ronald Plasterk and Justice Minister Stef Blok were asked by CIDI on Friday to block the conference, entitled “Palestinians in Europe.”

The conference is scheduled for April 15. Numerous appeals to Rotterdam Mayor Ahmed Aboutaleb to ban the conference have been fruitless: CIDI said in a statement that the mayor, born in Morocco to a Muslim family, is refusing to cancel the conference. Aboutaleb told CIDI he had consulted with the country’s National Coordination for Counterterrorism and Security agency (NCTV), which said there were no grounds to ban the event.

CIDI said, however, the nation’s security agency denied having been consulted by the Rotterdam mayor.

Hamas is classified as a terrorist organization by the Dutch government as well as by the European Union, according to CIDI. 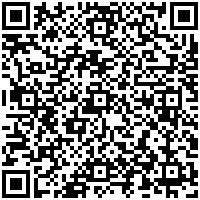