Three of the fugitives were arrested in Jenin.


Twelve of those taken into custody were suspected of involvement in terrorism and violence towards civilians and security officers.

In Judea, two fugitives were arrested in the town of Sair, north of Hebron. One fugitive was taken into custody in Ta’amra.

All of the detainees were transferred to security personnel for interrogation.

In addition,IDF soldiers discovered a weapons cache in Beit Kakhil, north of Hebron.

Among the items uncovered were various pieces of equipment, a rifle and a quantity of ammunition, which were in the possession of a member of the Hamas terror organization who was present when the cache was discovered.

The suspect was arrested and transferred to security personnel for interrogation. 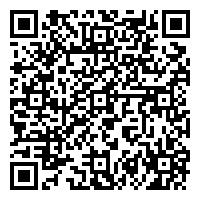