Former Yesha Council head Dani Dayan is being promoted after months of resistance from the government of Brazil, which has avoided accepting his appointment as Israel’s new ambassador.

Prime Minister Benjamin Netanyahu announced Monday instead that he has appointed Dayan, 59, as Israel’s new Consul General in New York – an appointment that Dayan preferred as first choice.

Dayan’s knowledge of Spanish will be extremely helpful in his new position; New York is home to a huge Spanish-speaking population. Born in Argentina, he is a businessman with an MBA in finance.

Dayan will replace Ido Aharoni, a long-time Foreign Ministry official, this summer. Dayan was called the settlers’ “foreign minister” for his ability to present the views of Jewish residents living in Judea and Samaria to those with no knowledge of the area. He lives in Ma’ale Shomron, a community about nine miles from Kfar Saba.

“Those who don’t want me in Brazilia, will get me in the capital of the world and to me that is a victory,” Dayan said on Monday at the Ynet and Yedioth Ahronoth anti-BDS (boycott, divestment and sanctions) conference.

Last August, Brazil’s President Dilma Roussett had passed a message to Israel that she was uncomfortable with Dayan’s appointment due to his ties with the Jewish communities in Judea and Samaria. Roussett was being pressured by the BDS movement via 40 prominent organizations in Brazil, who signed a petition calling on her to decline the appointment. The petition – and protests joined by several Brazilian lawmakers – claimed Dayan’s appointment as ambassador was a violation of international legitimacy and a challenge to the sovereignty of Brazil.

Israel has worked hard to improve and maintain good relations with Brazil. Since the country is the largest in South America, it was important to find a diplomatic solution to the dilemma, but not to cave to the BDS pressure while preserving Dayan’s status.

“I believe I can revolutionize Israeli public relations in the US, whose beating heart is in New York,” Dayan said. 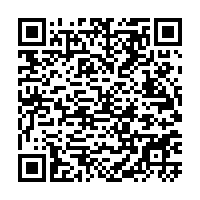