Ivanka Trump, 34, and her husband Jared Kushner became the proud new parents of a Jewish baby boy on Sunday evening.

Ivanka tweeted a photo shortly after the birth with the comment, “Baby Theodore. My heart is full. Xx, Ivanka #grateful”

The youngest scion of the family, already has an English name, Theodore James, and joins his big sister Arabella and brother Joseph in keeping Grandpa Donald Trump busy bragging as he continues to stump the GOP presidential election trail.

Ivanka is an executive vice president in her father’s Trump Organization while she runs her own line of jewelry, fragrances, footwear, handbags and accessories. Her husband is the owner of The New York Observer and also the Kushner Properties real estate holding firm.

The Donald was hugely proud to announce at the end of his speec last Monday before the American Israel Public Affairs Committee (AIPAC) convention that his daughter was “about to have a beautiful Jewish baby!” Ivanka, who converted to Judaism in 2009 prior to her marriage to Jared, is observant.

Theodore now makes eight third-generation Trumplets for the candidate to brag about, including his son Donald Jr.’s five children, one of whom is Donny III.

But one of the sharpest among the bunch, it seems, is Ivanka’s daughter Arabella. In an interview with Barbara Walters of ABC’s 20/20 , Ivanka said her daughter noticed a pothole in the street and commented that her grandfather would not be happy with it. “And she’s four,” Ivanka told Walters. “She’s observed him.”

No word yet on scheduling for a brit mila (circumcision ceremony). 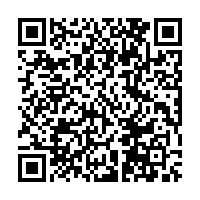