On Wednesday, Secretary of State John Kerry appeared at a press conference after the meeting of the International Support Group on Lebanon in Paris. He went straight to the Russian invasion of the Ukraine, because nobody cared so much about Lebanon. Because it’s not on fire right now.

“Ukrainians told me yesterday in Kyiv how desperately they want a government that has the consent of the people and an economy that gives them a chance to be able to live just like everybody else,” Kerry said.

“We agreed to continue intense discussions in the coming days with Russia, with the Ukrainians, in order to see how we can help normalize the situation, stabilize it, and overcome the crisis. And those intentions are intentions that are shared exactly as I have described them between Russia, the United States, the European countries, and Ukrainians who were here,” Kerry said.

“The United States, with our partners, is focusing intensely on a remedy,” Kerry said.

You get the feeling that Kerry believes that if he only tried hard and focused fiercely, and slept hardly at all, he could get things done. Someone must have read him “The Little Engine that Could” every night until he went away to college.

Kerry insisted that the U.S. “cannot and will not allow the integrity of the sovereignty of the country of Ukraine to be violated and for those violations to go unanswered.”

That’s funny, coming from the man who voted in favor of the Iraq invasion in 2003, a country that had nothing to do with the 9/11 attack and had no WMDs at all. At least the Russians have something real they wish to correct: the Egypt-like ouster of Ukraine’s elected president. America was helpless to stop the populist-militarist unseating of Mursi.

Yes, the U.S. can still make empty gestures. On Wednesday morning, according to Kerry, “Secretary Hagel announced that the Defense Department is taking concrete steps to reassure our NATO allies, steps like expanding our aviation detachment in Poland and our contributions to NATO’s Baltic Air Policing Mission.”

Here are a few additional, empty gestures: the U.S. is “suspending our bilateral discussions with Russia on trade and investment, suspending U.S.-Russia military engagement, and suspending preparations for the G8 summit in Sochi.”

It won’t remove a single Russian soldier from Crimea, but it will show that President Obama is angry.

And to our fellow Jews everywhere who urge Israel to try a little suicide under American supervision, here’s Kerry’s assurance in this time of political uncertainty:

“From Lebanon to Ukraine, the United States stands ready to help our friends in a time of need,” Kerry assured the reporters, adding, “those needs obviously are great in different places, different kinds of needs in different places. We especially thank our friends here in France for their partnership as we work to address these challenges and many others. For instance, Iran’s nuclear program – we’re working together.”

Anne Gearan of The Washington Post mentioned to Kerry that his efforts to get the Russians to speak to the new government in Kiev have failed. “Why did that effort fail,” she asked, “and what assurance did you get, if any, from the Russians that they might be willing to have that kind of conversation in the future?”

“Let me make it absolutely crystal clear: I had no expectation, zero expectation, that today that kind of a meeting would take place,” Kerry assured Gearan. “I did not expect it and we did not ask the foreign minister to come here for that purpose. 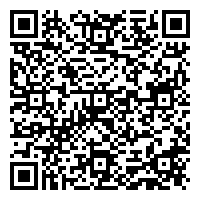