On Saturday, Oct. 25, Egyptian President Abdel Fattah al-Sisi, after consultation with his council of ministers, announced a state of emergency in northern Sinai. The decision was made following several simultaneous attacks against Egyptian security forces on Friday which left 31 officers dead and nearly as many wounded.

That state of emergency means that the Rafah border from Gaza into Egypt is closed indefinitely. The Rafah crossing is the only Gaza border not controlled by Israel. In addition, there will be an evening curfew in the border area for three months.


And on Sunday, Oct. 26, Egypt informed Hamas that it is postponing the Israel-Gaza peace talks. This is because Egypt appears to believe that Palestinian Arabs were involved in the attacks against Egypt on Friday.

A Hamas official in Gaza, according to YNet, said that his organization was notified that the peace talks between the Palestinian Arab and Israeli delegations, scheduled to begin on Monday, Oct. 27, have been postponed.

Hamas attempted to mollify Egypt by sending condolences for the attacks and by referring to Egypt as “the guardian of the Palestinian people.”

Another proposal under discussion for dealing with the security issue is to establish a three-kilometer security zone along Egypt’s border with the Gaza Strip. 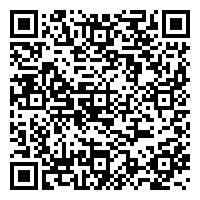